The referral to the U.S. attorney’s office for the District of Columbia does not mean McCabe will ever be charged, but it does raise the prospect that the longtime law enforcement official could face a criminal investigation into whether he illegally misled officials about his authorization of a news media disclosure. Prosecutors could decide to charge him if they conclude he intentionally lied.

McCabe’s lawyer, Michael Bromwich, said the standard for an inspector general referral is very low and he expected McCabe to avoid prosecution.

“We are confident that, unless there is inappropriate pressure from high levels of the administration, the US Attorney’s Office will conclude that it should decline to prosecute,” Bromwich said in a statement.

A report from the watchdog office released last week concluded that McCabe had misled investigators and his own boss, then-Director James Comey, about his role in an October 2016 Wall Street Journal article on an FBI investigation into the Clinton Foundation.

The report said McCabe authorized FBI officials to share nonpublic information with a reporter and then denied having done so when questioned about it under oath.

McCabe has denied misleading anyone. He said that as FBI deputy director, he had the authority to share information with the media and that he permitted subordinates to do so in this case to correct a false narrative that he had tried to stymie an FBI probe into the Clinton Foundation. He said that when he thought his answers had been misunderstood, he went back and tried to correct them.

McCabe told the inspector general’s office that he told Comey after the article was published that he had allowed the officials to share the information and that Comey thought it was a “good” idea to rebut a one-sided narrative. But Comey is quoted in the report as saying McCabe never told him he had approved sharing details of the call and, in fact, had left him with the opposite impression.

“I don’t remember exactly how, but I remember some form or fashion and it could have been like ‘Can you believe this crap? How does this stuff get out’ kind of thing?” Comey is quoted as saying in the report. “But I took from whatever communication we had that he wasn’t involved in it.”

Comey said in an interview on CNN on Thursday that he felt “conflicted” about the inspector general’s findings that McCabe had lied.

“I like him very much as a person, but sometimes even good people do things they shouldn’t do,” Comey said. “I’ve read the report. I’m not the judge in the case. I’m not the discipline decision-maker in the case. I think it is accountability mechanisms working, and they should work because it’s not acceptable in the FBI or the Justice Department for people to lack candor.”

Trump, who has repeatedly attacked McCabe and Comey, tweeted Thursday: “James Comey just threw Andrew McCabe ‘under the bus.’ Inspector General’s Report on McCabe is a disaster for both of them! Getting a little (lot) of their own medicine?” 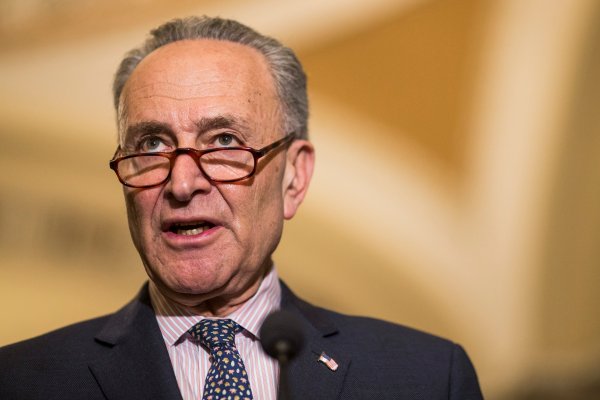 Schumer to Unveil Marijuana Decriminalization Bill
Next Up: Editor's Pick