How to Help Young Girls Keep Their Confidence During Puberty

Now, more than ever, girls should be armed with confidence. They need to have faith in their phenomenal abilities, resist the need to please, fight back against intimidation from peers or adults, and stand up for others, and most importantly, themselves. Confident girls become confident women, and we want that status for our girls, who seem fearless and exuberant through most of elementary school, only to lose confidence at puberty. Boys and girls run neck and neck, confidence-wise, up to then, but when the estrogen-testosterone waves start flooding kids’ brains, all that changes. For girls, confidence takes a huge hit.

To truly map the state of confidence in American girls, we worked with Ypulse, a polling firm that focuses on tweens and teens, to survey 1300+ girls from ages 8 to 18 and their parents. We found that between the ages of 8-14, girls’ confidence levels drop by 30 percent. According to our poll, boys do experience some bumps in confidence entering their teens. But at 14, when girls are hitting their low, boys’ confidence is still 27% higher. And the effects are long lasting. For most women, once opened, this confidence gap fails to close.

In our book The Confidence Code for Girls, we lay out our recipe for confidence; risk more, think less, be yourself. While both nature and nurture play a role in the confidence shortage (parents and society reinforce a lot of messages and behaviors that don’t help), that middle step, the “think less,” requires special attention, because the female brain can derail the confidence-building process before it even begins.

Thanks to a more active prefrontal cortex, women are extremely adept at big-picture thinking and strategy. We access both hemispheres of the brain more consistently, and studies suggest we’re more effective at multi-tasking than men. At puberty, these brain differences start to become much more apparent. The girl brain can make it easier to excel in school, in extra-curricular activities, in family responsibilities. Emotional intelligence increases at the same time as the influx of estrogen, helping girls more acutely read the emotional landscape around them and making them more observant and more cautious. By contrast, boys get a huge testosterone boost, which supports risk-taking.

And then there’s our friend the anterior cingulate gyrus, aka the worrywart center, which is more developed in the female brain. Combine these incredible attributes with some of the ways girls are socialized differently from boys, and you get a blueprint for startling intellectual prowess and emotional intelligence, or, on the flip side, you get the kind of overthinking that is crippling to tween and teen girls. Rumination is something psychologists have long identified as a predominantly female habit–research shows it starts at a young age. At the critical moment of adolescence when girls are establishing who they are, a series of toxic thinking patterns can take hold. Some assume they know what everyone else is thinking, especially when it’s about them. Anything bad happening is automatically their fault, or at least that’s what they think other people think. For others, a set-in-stone attitude grabs ahold, so that anything that happens is immutable, fixed, permanent. A bad grade means they’re stupid. An unanswered text means their friends hate them. A third warped thinking pattern, and one that often continues into adulthood, is to catastrophize. Catastrophic thinkers can only see in extremes, they imagine disaster around every corner. For a catastrophist, one wrong answer indicates academic Armageddon.

To combat these flawed thinking patterns, there are simple cognitive solutions. ​In the middle of a catastrophic thinking meltdown, for example, girls should start with something we call “changing the channel.” ​‪Something as simple as putting on music, taking a walk, or practicing an instrument calms the circuits experiencing emotional overload. Another regular habit that helps–​looking at positive images and listing positive thoughts, even for a few minutes, to release the feel-good endorphins that will calm them down. They can also think of optimistic “maybe” statements. Maybe the unanswered text was because of a family dinner. Or they can pose this simple question: “What’s the worst thing that can happen?” Usually, the answer is feeling momentarily uncomfortable, slightly embarrassed, but rarely anything worse.

Metacognition is a powerful tool. Women often come to understand too belatedly that our thoughts aren’t always our most accurate or helpful allies. If girls can start to see that pattern at age 10 or 11, imagine how much less angst they would feel, how much more control they would have, and the confidence they could start building. 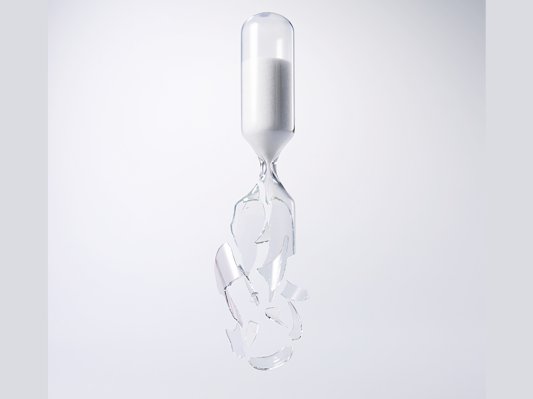 Why We Shouldn't Be So Sure of Our Predictions About the Future
Next Up: Editor's Pick