Three members of the Tennessee Air National Guard have been removed from their posts after a video of an oath-taking ceremony involving a puppet dinosaur went viral.

Master Sergeant Robin Brown, a public affairs officer with the Tennessee Air National Guard, took her oath of re-enlistment last week while holding up a dinosaur hand puppet. A recording of the ceremony shared on Facebook drew swift rebuke from the military community. Many perceived the stunt as disrespectful.

“I am absolutely embarrassed that a senior officer and a senior NCO took such liberties with a time-honored military tradition,” Major General Terry M. Haston, the adjutant general for the Tennessee Guard, wrote in a statement posted to the Tennessee National Guard’s official Facebook page on Wednesday.

“Not taking this oath solemnly and with the utmost respect is firmly against the traditions and sanctity of our military family and will not be tolerated,” he added.

All three of the personnel involved in the controversy are facing disciplinary action. The colonel who administered the oath was immediately demoted and retired at the rank of lieutenant colonel. Brown was fired from her public affairs role and is facing “other administrative actions”. The official who recorded the ceremony lost his post and received an official reprimand, but has been retained by the Tennessee Air National Guard, according to the statement.

The Air National Guard’s national director, Lieutenant General Scott Rice, said in a Facebook post that he was “shocked and dismayed” by the officers’ behavior.

“I understand your outrage and frustration,” he wrote, before adding, “This action goes against our very foundation. Tennessee National Guard leadership is aware and addressing the issue.” 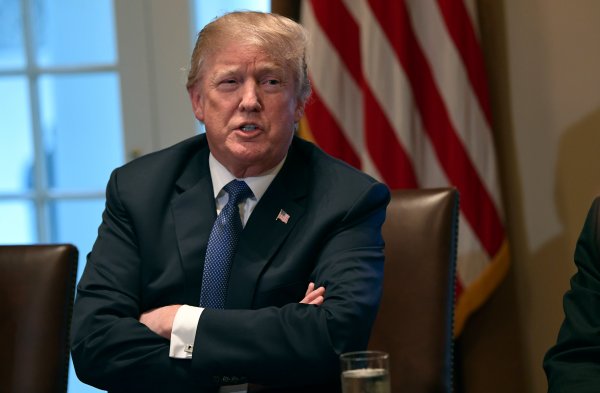