A Canadian woman was sentenced Wednesday to eight years in prison after attempting to smuggle millions of dollars worth of cocaine into Australia on a cruise ship.

Roberge will serve at least four years and nine months without parole. At some point she will be deported back to Canada.

Roberge — who became known as “Cocaine Babe” in headlines — and her accomplice, Isabelle Lagace, 29, documented their travels by posting photos on their Instagram accounts during the weeks-long cruise that stopped at 17 ports in 11 countries before ending in Sydney. Roberge’s account has since been deleted.

“She was seduced by lifestyle and the opportunity to post glamorous Instagram photos from around the world,” Judge Kate Traill said in New South Wales state District Court. “She wanted to be the envy of others. I doubt she is now.”

When the ship arrived in Sydney, border officials found 77 pounds of cocaine in Roberge and Lagace’s room. Another 130 pounds was found in a cabin belonging to a Canadian man named Andre Tamin in his mid-60’s, the Post reports.

Authorities say the three were charged with importing a commercial quantity of cocaine, which holds a maximum penalty of life in prison.

Lagace was sentenced to 7 1/2 years in prison last year. Tamin is slated to receive his sentence in October. 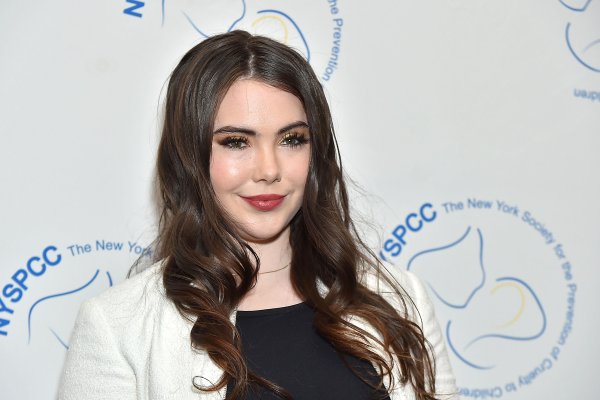 McKayla Maroney Says Larry Nassar Molested Her 'Every Time He Saw Me'
Next Up: Editor's Pick