How to Kick Your Caffeine Dependence for Good

An estimated 64% of Americans drink coffee every day, according to data from the National Coffee Association. In many ways, that’s a healthy habit: research has found that coffee may boost longevity and decrease the risk of type 2 diabetes, heart disease and more.

But when the habit crosses the line from a pleasant pick-me-up to a daily necessity, the equation gets a little more complicated.

People can develop a dependence on coffee and other caffeinated beverages, such as tea, soda and energy drinks, says Merideth Addicott, an assistant professor at the University of Arkansas for Medical Sciences’ Psychiatric Research Institute. Addicott, who has researched caffeine in the past, says that caffeine is not truly addictive in the way that drugs and alcohol are, but confirms that “people certainly do develop tolerance and dependence and go through withdrawal when they stop using it.”

Here’s what you need to know about caffeine dependence — and how to break the habit.

How can you tell if you’re dependent on caffeine?

Addicott says caffeine dependence is more about the way the substance affects your day-to-day functioning than it is about the actual amount you consume each day. There’s no specific number of cups, or milligrams of caffeine, per day that signifies a problem; instead, Addicott says, it’s more about how distressed people feel if they can’t get caffeine when they want it, and how much of a disruption it causes in their daily life. “It’s more of a subjective threshold,” she says.

That said, most experts recommend that adults consume no more than 400 milligrams of caffeine per day (approximately the amount in four cups of coffee). If you regularly drink more than that, you may be at risk of side effects including sleep disruption, migraines and other headaches, quickened heartbeat, muscle tremors, irritability, nervousness and an upset stomach, according to the Mayo Clinic. For some people, those side effects can kick in with even fewer cups, as caffeine tolerance tends to be highly individual.

If you experience physical side effects, have trouble dialing back your consumption or feel totally out of sorts when you can’t get your daily fix, these are signs that you may be dependent on caffeine, and you should consider cutting back, Addicott says.

How can you beat caffeine dependence?

The hardest but most important step may be convincing yourself that you don’t need caffeine in the first place. Many people feel that it’s necessary for success at work or school, but the substance actually doesn’t make a dramatic impact on the brain or cognitive performance, Addicott says — in fact, caffeine dependence is closely intertwined with its perceived effects.

“When you drink a certain amount of caffeine every single day, your body adapts to that and maintains the normal baseline performance,” Addicott says. “When you don’t get that much caffeine, you go through withdrawal, which can actually lower your performance. So then it feels like caffeine is having this strong effect and improving the ability to concentrate, but it’s really not. It’s just bringing you back to that normal baseline.”

MORE: No, Coffee and Tea Aren’t Actually Dehydrating. Here’s Why

Once you recognize and break this cycle, Addicott says, you’ll be able to achieve the same results without a steady stream of espresso shots. Of course, that’s easier said than done — and unfortunately, Addicott says that the only real way to do it is to wean yourself off of caffeinated drinks slowly but surely.

Swapping buzzy beverages for half-caffeinated or decaffeinated versions may help, as can walking around the office or getting other physical activity when you feel sleepy. But at some point, “you’re just going to have to tough it out and suffer some withdrawal,” Addicott says. You can expect symptoms such as headache, fatigue, irritability and difficulty concentrating, but they should go away as you adjust to your new habits. Symptoms should subside within a few days, the Mayo Clinic says.

Is caffeine dependence even that bad?

It can be. In addition to the side effects of excessive caffeine use — and the intake of sugar or artificial sweeteners that are sometimes in soda, energy drinks or coffee drinks — caffeine dependence may be a sign of an underlying issue, just as with any substance use disorder. “Maybe it’s also symptomatic of having mild depression and you’re using the caffeine to try to concentrate better, or you’re anxious about your work performance and you use the caffeine to try and compensate for that,” Addicott says. “Talking to a health care professional can get at those deeper issues that might be surrounding the caffeine use.” 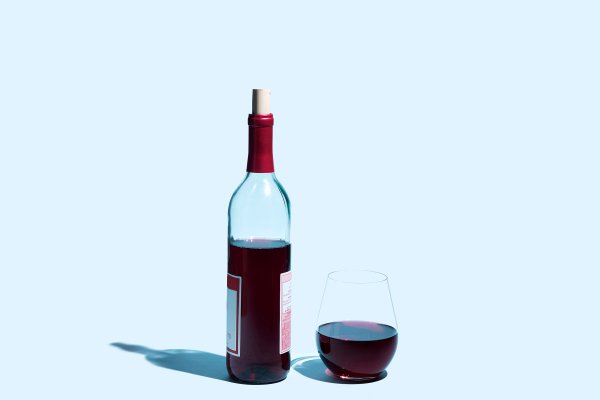 Heavy Drinking May Change the Bacteria In Your Mouth and Raise Gum Disease Risk
Next Up: Editor's Pick