Isabella Rossellini on the #MeToo Movement: 'Men Have to See They Can’t Behave in These Ways'

Isabella Rossellini is sounding off on the #MeToo movement and sexual violence against women.

In an interview with Vulture, the actress, perhaps best known for her role in David Lynch’s Blue Velvet, a film that garnered controversy when it was released for its depiction of violent sex — and what some considered, sexual violence — shared her thoughts on sexual harassment and how her coming-of-age in Italy informed her experience with assault.

“I remember when I was a little girl in Italy — not so little, a teenager — men on the street would say, ‘I like your t-ts!’” she said. “It was vulgar, it was normal, and it was done for different reasons. Maybe nature is one of those reasons but that’s not an excuse.”

“I’m happy that we are talking about these issues because all women have been harassed, but it was never discussed before,” she said. “We just lived with it. Even if you didn’t have anything violent happen to you, there was always a way for a man to belittle you. This is changing, I think. Men have to see they can’t behave in these ways.”

Although Rossellini has referenced the sexual violence she has experienced in her own life in her memoir, she has no wish to share her personal account now, something that she shared she doesn’t “have the heart for.’ She did, however, discuss the nuance that the conversation around #MeToo is bringing to the table.

“For me, the interesting thing is how the #MeToo movement has shown us all the subtle ways women can be diminished,” she said. “Rape is a way of being hurt that everyone can recognize. There are other ways. It could be your boss saying, ‘I like your skirt on you.’ It’s a compliment, but it makes you feel diminished. To hear other women express their stories and to show how devious some men can be — that is what has been so helpful to see…I’m grateful that people who were victimized are speaking up because that is the only way to correct things. The important thing is for people to be healed.” 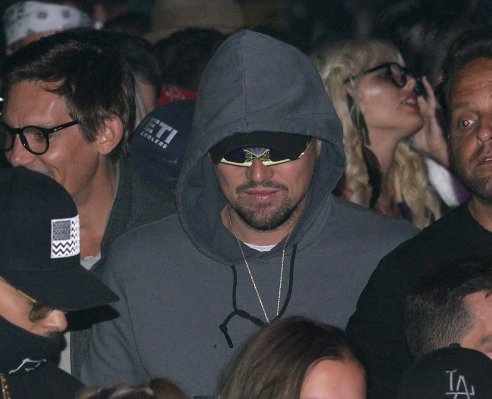