8 New Books That Dish the Dirt on Show Business

There’s no business like show business — at least according to these new entertainment-related books, all out the first half of this year.

From insightful and emotional biographies of geniuses like Paul Simon and Robin Williams, to a first-time memoir from musical great Andrew Lloyd Webber, these eight new books cover the highs and lows of the world of showbiz, tackling topics as varied as gender parity in television and coping with drug addiction.

Caddyshack: The Making of a Hollywood Cinderella Story

Entertainment Weekly movie critic Chris Nashawaty provides fans with a behind-the-scenes look at the making of (and egos behind) Caddyshack, the 1980 anti-establishment romp starring Bill Murray, Michael O’Keefe and Chevy Chase. Nashawaty reveals how Harold Ramis and his team convinced studio executives to invest in the movie, as well as how a pesky gopher puppet somehow managed to save the day.

All the Pieces Matter: The Inside Story of The Wire

All the Pieces Matter is the definitive behind-the-scenes story of HBO’s acclaimed crime drama The Wire, a show so influential it is used by universities as a teaching tool to explain topics including film theory, criminal justice and sociology. Jonathan Abrams’ compelling account of the powerful show is enhanced by interviews with the actors, writers, directors and others involved in its creation, from Idris Elba to David Simon.

Journalist Todd S. Purdum paints a revelatory portrait of the hugely talented songwriting pair Richard Rodgers and Oscar Hammerstein II in this detailed and sharp biography. Purdum explores the pair’s groundbreaking success on Broadway (with a roster of musicals that includes Oklahoma!, South Pacific and The King and I), without shying away from their failures and flops. “When it came to the crunch, they delivered — time and time again,” he writes in the book’s prologue. “But the results often hid the enormous effort and emotional toll involved.”

Just the Funny Parts: … And a Few Hard Truths About Sneaking into the Hollywood Boys’ Club

For more than three decades, Nell Scovell has worked on iconic TV shows like The Simpsons, The Muppets and Sabrina, the Teenage Witch (which she created and executive produced). Scovell was also the second woman to write for Late Night with David Letterman and, following the Letterman sex scandal of 2009, she gained attention for publicly calling out the lack of female writers on news shows. Now the writer, producer and director is back with another insight into the ‘boys’ club’ of late-night TV, from red carpet shenanigans to strange Stephen King encounters.

The first autobiography of the composer, producer and brains behind some of our planet’s best-loved musicals, including Jesus Christ Superstar, Cats and Evita, is a candid and humorous (and at times rather boastful) insight into the world of musical theater. Andrew Lloyd Webber’s Unmasked is not his full life story; instead it covers the period between his childhood and the first performance of The Phantom of the Opera in 1986. “I meant to cram my memoirs into one book but my verbosity got in the way so I drew a line at the opening of Phantom,” he writes. “It’s not a bad place to stop.”

Accidental Icon is an eclectic mix of musings and never-before-published photos of Iris Apfel, the legendary interior designer and fashion icon, who rose to fame in her eighties, calling herself the “world’s oldest living teenager.” Apfel, who in 2005 became the first living non-designer to have her clothing and accessories exhibited at the Costume Institute at the Metropolitan Museum of Art, has written a personal, witty must-read for fashion lovers.

Music writer Robert Hilburn conducted more than 100 hours of conversation with the legendary songwriter Paul Simon to write this definitive biography. Hilburn also spoke to Simon’s first two wives (Peggy Harper and Carrie Fisher) for the book, as well as others close to him, in order to achieve a well-rounded picture of the artist behind hits like “The Sound of Silence” and “Bridge Over Troubled Water.” The book explores Simon’s decision to leave Simon and Garfunkel at the height of the duo’s success, as well as his struggles with drugs, fame, marriage and more.

New York Times culture reporter Dave Itzkoff allows readers a rare intimate look at Robin Williams in this honest and emotional biography of the late entertainer. Itzkoff explores critical moments from Williams’ start in comedy to his Academy Award-winning performance in Good Will Hunting, while shining a light on his personal struggles with addiction and depression. With the help of more than one hundred original interviews with family, friends and colleagues, Robin is a fresh look at a man loved by many but truly understood by few. As Itzkoff explains in his prologue, Williams was “like an illusionist, and his magic trick was making you see what he wanted you to see — the act and not the artist delivering it.” 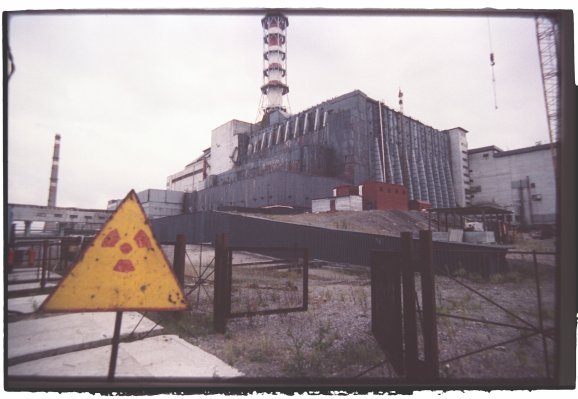 The True Cost of the Chernobyl Disaster Has Been Greater Than It Seems
Next Up: Editor's Pick