As a tornado savaged Greensboro, N.C., on Sunday night, one teen was too preoccupied with his Fortnite game to pay much attention to the encroaching storm.

Anton Williams was in the middle of a round of the hugely popular video game when the tornado blew through his neighborhood. However, he apparently didn’t even notice the powerful EF2 twister until it began ripping the roofs off of his neighbor’s homes.

“I was sitting at home and I was playing Fortnite, and all of sudden, I hear a bunch of noise. I look out the window and I started seeing the roof come off the houses in front of me,” Williams told WXII 12 on Monday. “I sit back down because I only have a couple people left in my game, and I was going to try to finish the game. But then it started getting worse and I started to see the power lines come down, so I told my sister and my nephew to come to the bathroom.”

But in the midst of ensuring his family’s safety, Williams said his mind was still mostly in Fortnite survival mode. “Honestly, I was thinking about the game, but I was hoping everybody was OK around me,” he said.

Naturally, the Internet had a lot of thoughts on Williams’ priorities. “I want to show some love to that kid who was playing Fortnite when the Tornado hit his house in Greensboro,” wrote one Twitter user. “Got his family to safety and still got a Top 12. A real hero.” 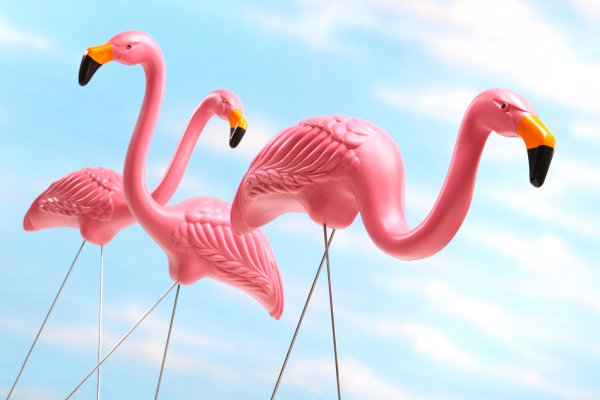 Stolen Lawn Flamingo Returns to Its Rightful Owners After Wild Travel Adventures
Next Up: Editor's Pick