Rihanna Was Almost Unrecognizable At Coachella

Leave it to Rihanna to make a huge fashion statement even when she’s basically incognito. The singer and fashion/beauty mogul, long known for her sartorial dominance on red carpets and beyond, had no shortage of epic fashion moments at this year’s Coachella, but may have reached her style apex when she took to day 3 of the festival in a knit Gucci balaclava that obscured nearly all of her face.

An icon not known for minimalism, Ri paired her balaclava with a pair of thigh-hgh snakeskin boots, a shirt and sweater combo, and rose gold bracelet that doubled as a flask — because even dramatic fashion can be functional. And while some may have found the balaclava restrictive to their accessory game, Ri also upped the ante by attaching her earrings outside of the balaclava and liberally applying glittery Fenty Beauty eyeliner to her eyes.

Rihanna may not have performed at Coachella, but her fashion was definitely a show in and of itself. See her most epic looks below. 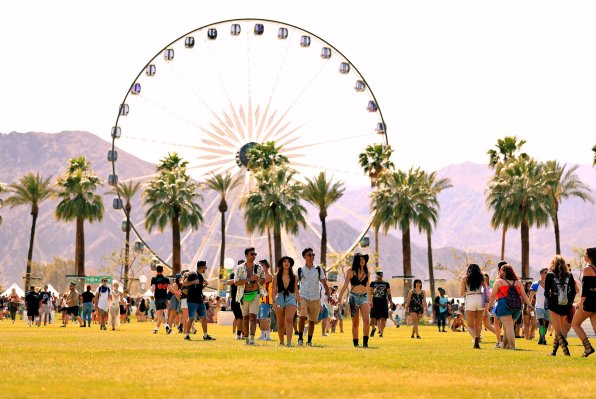