Balloons and bouncy houses are not just for kids anymore.

In a series of tweets, SpaceX CEO Elon Musk called out the popular party accoutrements as components in his plan to reuse rocket parts after a launch.

“This is gonna sound crazy, but… SpaceX will try to bring rocket upper stage back from orbital velocity using a giant party balloon,” Musk wrote. “And then land on a bouncy house.” Although his choices might sound ridiculous at first, there’s actually scientific rationale behind the whole thing: a balloon can help safely stabilize and slow down the discarded rocket part even at high speeds. And the bouncy house provides a soft landing spot for the it to fall into once it reaches earth. SpaceX has proved itself to be interested in reusing its rocket pieces as often as it can, and this plan is just one more way to turn space travel into a more efficient affair.

The next SpaceX launch is planned for Monday night, assisting NASA with setting the Transiting Exoplanet Survey Satellite into motion on its two-year journey to find exoplanets that we might want to spend more time exploring.

In the meantime, people are excited about Musk’s festive approach to space travel.

And some want to help out, too. 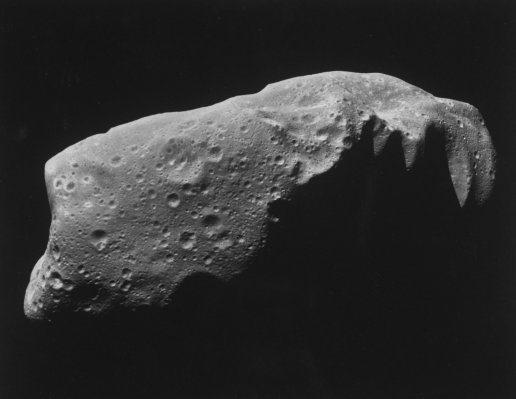 A 150-Foot Asteroid Flew Alarmingly Close to Earth Just Hours After Being Spotted
Next Up: Editor's Pick