No, Kanye West Doesn't Like 'Normal TV.' Here's What He Will Watch.

It’s well-known that Kanye West is an arbiter of taste, whether it’s in fashion, music, or entertainment and is appears that Yeezy has given his seal of approval to none other than the maestro of fastidious twee, Wes Anderson.

While interviewing his interior designer Axel Vervoordt in a verbose and philosophy-laden piece for The Hollywood Reporter‘s Pret-a-Reporter, West revealed that the only thing he wants to see at the movies right now is Wes Anderson’s Isle of Dogs.

During a conversation about influencers, Kanye expressed his distaste for anyone trying to influence him, citing that that’s why he tries to avoid watching “normal TV.” The opposite of normal TV though, apparently, is Kanye-approved media like the Olympics, documentaries, and films by the only auteur who might be more stringent about his aesthetic than Kanye himself, Wes Anderson.

“We don’t want to be influenced, just informed,” he said. “That’s a big term that people use right now: influencers. I don’t want anyone to influence…I don’t usually watch normal TV. I liked watching the Olympics. (Laughs.) I do try to watch documentaries. And there’s a Wes Anderson movie [Isle of Dogs] that’s out right now that I’m definitely going to try to catch.” 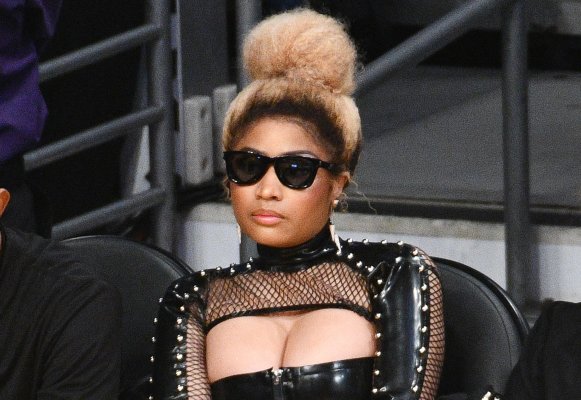 Here's What Nicki Minaj Had to Say About That Song With Cardi B
Next Up: Editor's Pick