After a long social media hiatus, Nicki Minaj has returned to the Internet with purpose — not only to release two new singles, “Barbie Tingz” and “Chun-Li,” but to discuss her complicated association with Cardi B, starting with the controversy surrounding her verse on “Motorsport.”

Although music fans have long speculated Nicki and Cardi had beef, it popped back up when both rappers were featured prominently on Migos’ “Motorsport,” which debuted as a single last fall.

In a November 2017 interview with Capital Xtra following the song’s release, here’s what Cardi had to say when asked about a possible feud with Nicki on “Motorsport.”

“When I heard the track, her verse wasn’t finished — well, it’s not the verse that is out right now — and Quavo told me to get on the song, and I just felt like it was a perfect opportunity for me to be on a track that’s big like that,” Cardi said.

Now Nicki is offering her side of the story. In an interview with Zane Lowe on his Beats 1 radio show on Thursday, Nicki said that this interview had rubbed her the wrong way.

Nicki doubled down on this sentiment later in the interview, saying that neither Cardi nor the Migos defended her when the Internet buzzed with rumors about her beefing with Cardi.

“It hurt my feelings to know that people would watch me be slaughtered and not one person will step in to say the truth,” she said. “They will run with the lie, they’ll allow people to run with the lie because it’s entertaining to make Nicki seem like the bad guy…up until this recent interview that she did, I had never seen her show me genuine love in an interview.

She continued: I could just imagine how many girls wish they could have been on a song with Nicki Minaj, and I’m not saying it in a cocky way, but yikes. It’s because of the Nicki hate parade that she felt the comfortability to address me in that manner.”

And in case there was any doubt of how Nicki felt about the matter or if anyone had any confusion about the story, Minaj also took to her Twitter to elaborate.

Cardi B has yet to respond. 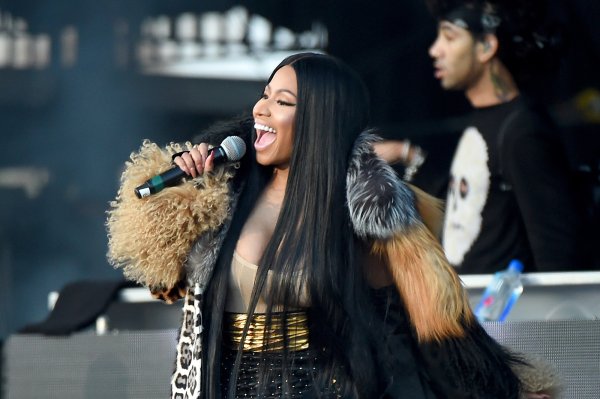 'One of the Hardest Parts of My Career to Date.' Nicki Minaj Discusses Drake and Meek Mill's Beef
Next Up: Editor's Pick