Billy Mitchell, the Video Game Player of the Century, poses while Steve Sanders, 'The Orignal King of Kong,' plays Donkey Kong at the launch party for the International Video Game Hall of Fame and Museum on August 13, 2009 in Ottumwa, Iowa.
David Greedy—Getty Images
By Raisa Bruner

For the past decade or so, video gamer Billy Mitchell has been known as the “King of Kong,” at times holding the world record for the highest score in the popular arcade game Donkey Kong. But now his legacy is under dispute. His official high scores from Donkey Kong have been stripped as of Thursday, and he has been banned from submitting any future scores for consideration.

Twin Galaxies, the Iowa gaming institution that tracks these kinds of records, said on Thursday that they had collected enough evidence to determine that Mitchell cheated in his winning Donkey Kong scores, three of which exceeded 1 million points. According to their statement, they found — after a complaint brought to them in February and many months spent testing the veracity of the complaint — that some of the screens that Mitchell had submitted as part of his record-breaking runs were impossible to attain without using emulation software, known as MAME. The emulation software is strictly forbidden for record submissions for the classic arcade-style games.

As of Thursday, Mitchell had not publicly responded.

Mitchell became a popular face in the video game world after his rivalry with fellow Kong competitor Steve Wiebe was explored in the 2007 documentary King of Kong: A Fistful of Quarters from director Seth Gordon. Now that Mitchell has been deposed from his throne, Twin Galaxies notes that Wiebe has become the new official record holder. Mitchell continues to hold the record as the first person to achieve a perfect score in Pac-Man in 1999. 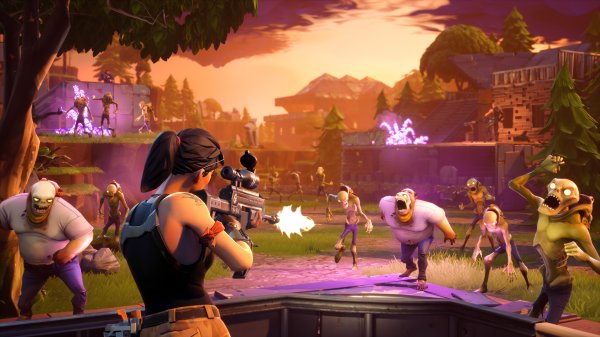 Fortnite Is Quickly Dethroning Clash of Clans, Candy Crush and Pokémon Go
Next Up: Editor's Pick