George R.R. Martin Is Still Stuck on This One Major Game of Thrones Change

Although the decision not to include Lady Stoneheart in Game of Thrones was apparently made long ago, George R. R. Martin seems to still see that particular departure from his A Song of Ice and Fire book series as a defining moment for the show.

During an interview with TIME leading up to the premiere of Thrones‘ seventh season, the author revealed that axing reanimated Catelyn Stark from the story was the one major change he argued against with showrunners David Benioff and Dan Weiss.

“At some points, when David and Dan and I had discussions about what way we should go in, I would always favor sticking with the books, while they would favor making changes,” he said. “I think one of the biggest ones would probably be when they made the decision not to bring Catelyn Stark back as Lady Stoneheart. That was probably the first major diversion of the show from the books and, you know, I argued against that, and David and Dan made that decision.”

Now, Martin has again spoken out against the absence of Lady Stoneheart, explaining that the character will continue to play a big role in his books in the forthcoming The Winds of Winter.

“In the book, characters can be resurrected. After Catelyn is resurrected as Lady Stoneheart, she becomes a vengeful, heartless killer,” he recently told Esquire China, as reported by CNet. “In the sixth book, I still continue to write her. She is an important character in the set of books. [Keeping her character] is the change I most wish I could make in the [show].”

Let’s just hope we can find out what Lady Stoneheart is up to at some point in the foreseeable future. 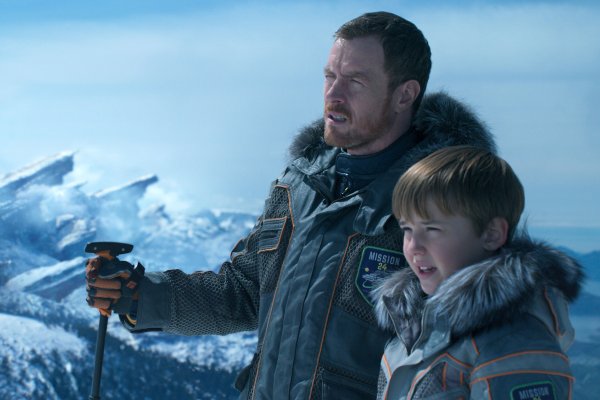 Netflix’s Lost in Space Wants to Be TV’s Next Great Sci-Fi Series
Next Up: Editor's Pick