This Titanic Musical Went Downhill Right After the Iceberg Hit

The Titanic musical ground to a halt on its opening night at Southampton, U.K.’s Mayflower Theater—and the timing couldn’t have been more perfect.

Spoiler alert for anyone who hasn’t seen the musical—or the movie or read a news report about the Titanic—but the supposedly unsinkable ship sinks after striking an iceberg. The dramatic incident is naturally recreated in the stage version, too.

On opening night of the musical’s run in Southampton, where the Titanic set off on its maiden voyage back in April 1912, the ship struck the iceberg—and then the set started falling in. According to the BBC, audience members saw debris falling across the stage and while some thought it was an on-stage effect, the reality was a bit more dire. The staff at the Mayflower theater announced that the show was being halted for “health and safety reasons” and quickly ushered the audience out.

“You couldn’t make it up,” the show’s associate producer Michael Ockwell told the BBC. “The irony isn’t lost on us.”

The show, unlike the ship, is not sunk, though. The theater was expected to reopen the following evening. 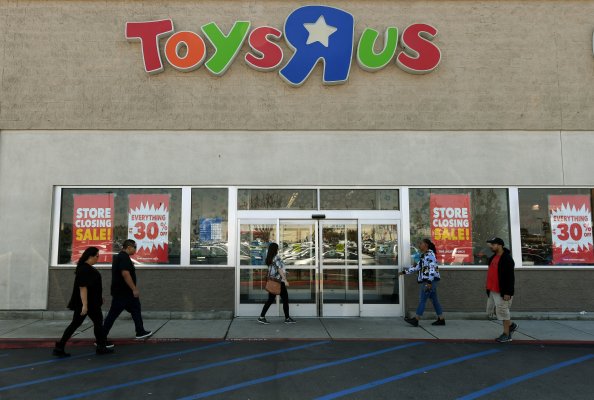 Partiers Turned a Shuttered Toys 'R' Us Into a Rave
Next Up: Editor's Pick