A forensics team searches a street where a man died after a robbery on April 4 in London; there were more murders in March in London than in any other month in over a decade
Dan Kitwood—Getty Images
By Kate Samuelson

More than 50 people have been killed in London since the start of 2018, with stabbing being the main cause of death. For the first time in modern history, the city’s murder rate in the months of February and March exceeded that of New York City, which has a similar population.

Murder rates in London had been experiencing a steady decline until 2015, when 25 more people were killed than had been during the previous year. Since then, waves of murders and knife attacks–including six separate stabbings, one with a 13-year-old victim, during a 90-minute period on April 5–have continued to alarm the British capital. In London, young men from minority communities have been disproportionately affected.

Central London was brought to a standstill on April 7 as thousands of young Brits gathered to protest the epidemic of violence. As the hashtags #BikeStormz and #BikesUpKnivesDown trended on Twitter, the demonstrators made a stand against knife crime while fighting the stereotype of “dangerous bike-riding gangs.” Meanwhile, since the center-right Conservative Party came to power in 2015, the number of police officers has fallen by more than 20,000, and a leaked document from February suggested that government cuts had “likely contributed” to the rise in serious violent crime. London Mayor Sadiq Khan described the cuts as “not sustainable” for the city. Social media have also been blamed for glamorizing criminality.

London’s Metropolitan Police has deployed 300 additional officers to the areas most affected by the attacks. Some politicians have advocated for an increased use of stop-and-search powers; others say those tactics damage trust in the police. And on April 9, the government unveiled a $57 million “Serious Violence” strategy, which will focus on early intervention, tougher law enforcement and a crackdown on city gangs delivering heroin and crack cocaine to rural towns. It did not mention the decline in police resources. 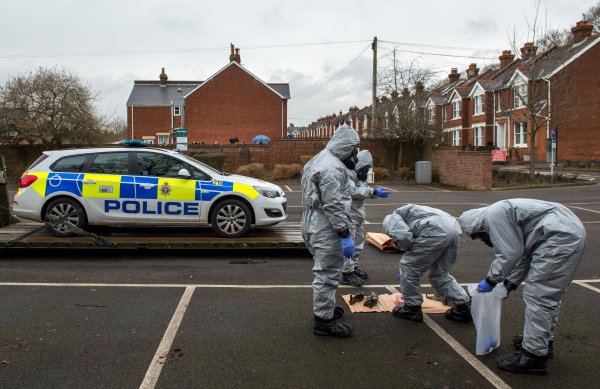 Poisoned Russian Ex-Spy 'Improving Rapidly' and No Longer in Critical Condition
Next Up: Editor's Pick