Nixon, a native New Yorker, made her marijuana views known with a video posted on social media on Wednesday. In the clip, Nixon calls for legalizing recreational marijuana, citing that doing so would not only generate revenue for the state and provide agricultural opportunities for farmers, but that it would also be a way to stop the racism inherent in the war on drugs.

“There are a lot of good reasons for legalizing marijuana, but for me, it comes down to this: We have to stop putting people of color in jail for something that white people do with impunity,” she said. “The simple truth is, for white people, the use of marijuana has effectively been legal for a long time. Isn’t it time we legalize it for everybody else?”

Nixon also pointed out in her video that 80% of New Yorkers who are arrested for marijuana are black and Latino, although the usage rates are the same for white folks.

Nixon previously told The New York Times that she “one hundred percent” supported the legalization of marijuana in New York State, citing again that racial inequality played a huge factor.

“It’s a justice issue,” she said. “We have people, particularly African-American men, sitting in jail for something that white people do with impunity…if you want progressive change, it means you want an increase in opportunity for everybody, and inequality affects communities of color first, and it affects them hardest.” 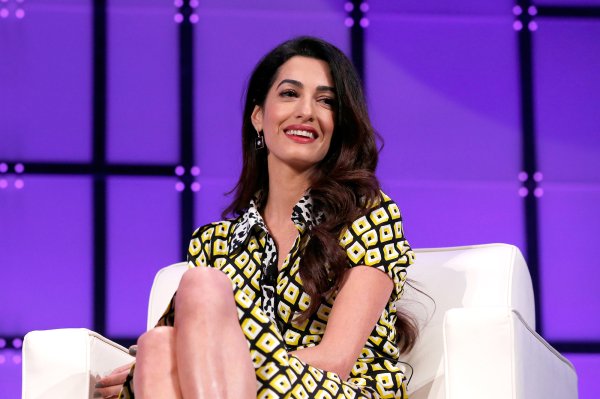 Amal Clooney Calls for Gun Control: 'This Doesn’t Happen in Other Developed Countries'
Next Up: Editor's Pick