To some, Mark Zuckerberg’s testimony before Congress was already funny enough on its own. But of course, Jimmy Kimmel had to go and make it all the more hilarious.

During Tuesday’s episode of Jimmy Kimmel Live!, the late night host aired an edited version of Zuckerberg’s hearing that included even more on-the-nose questions about Facebook than the actual proceedings did.

The sketch features senators skipping the pleasantries to grill the booster seat-perched Zuck on various aspects of the social network, with legislators posing gems of questions such as “If someone pokes me, is that a sex thing?” and “Is it mad basic to post a selfie of your feet while on vacation?” 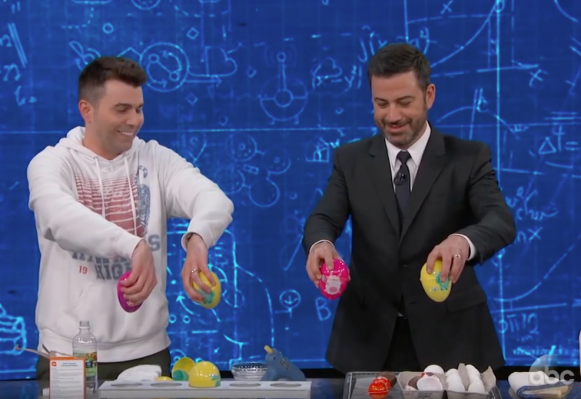 Jimmy Kimmel Is Here to Help You Pull Off the Ultimate Easter-April Fools' Day Prank
Next Up: Editor's Pick