Viktor Orban and Fidesz, his party, won a landslide victory on April 8 that gives them a supermajority of seats in the country’s parliament. Polls underestimated the party’s support and turnout was higher than many expected, at a near-record 69%. Orban, who will now serve a third consecutive four-year term as prime minister, ran almost his entire campaign on fear of migrants and grievance toward the EU over refugee quotas. And with Fidesz winning a two-thirds majority in parliament, Orban will no doubt become more confrontational with the European leadership in Brussels.

Orban’s win marks a victory for his brand of “illiberal democracy,” which represents a direct challenge to EU rules and values. It’s a system of limited checks and balances in which the law exists mainly to protect the leaders and their mandate. Judges and journalists are expected to promote and protect the rights and choices of those who win elections. To criticize or block the agenda of elected officials is to undermine the will of the people.

Orban, who has championed illiberal democracy, will be building his next government over the next few weeks. His supermajority will allow him to amend the country’s constitution, and he will move quickly to undermine the independence of the courts. In May, Fidesz could pass the controversial “Stop Soros” law, named for civil society activist and Hungarian native George Soros, which could effectively ban the work of NGOs without government approval, notably ones that support migration and pose a “national security risk.”

Orban will become even more aggressive in attacking the media. Business leaders who don’t support his agenda will face new pressures. He will double down on his bid to close the Soros-founded Central European University, where anti-Orban protests have become common.

But it’s the question of migrants that has come to define Viktor Orban’s political persona. In September 2015, as hundreds of thousands of people flowed from the Middle East and North Africa toward Europe, EU interior ministers approved a plan to relocate 120,000 migrants across the continent to help ease the burden on countries like Greece and Italy, despite “no” votes from Hungary, the Czech Republic, Slovakia, and Romania. Though the small populations of these countries meant they were asked to accept relatively small numbers of migrants, Orban and others immediately objected.

After the Charlie Hebdo attacks in Paris in 2015, Orban promised to “keep Hungary as Hungary.” As a candidate, Orban warned of “infiltration by Islamic invaders.” That strategy seems to be working, and fresh from a landslide victory, Orban will continue to insist that Hungary, where less than six percent of the population is foreign-born, will never admit migrants “with different cultural characteristics and backgrounds.”

Orban may also move to write a rejection of the EU quota system into Hungary’s constitution. In response, the EU could cut funds to Hungary from the union’s next budget, but tougher punishments, like stripping the country of its EU voting rights, require a unanimous vote from EU members, and Eastern European states aligned with Hungary will vote no.

Hungary, Poland, and (probably) Italy will now have Euroskeptic governments that can undermine a push by France’s Macron and Germany’s Merkel to reform the Eurozone, manage relations with Russia, and find a lasting solution to the migrant crisis. The union’s East-West divisions are becoming harder to ignore. 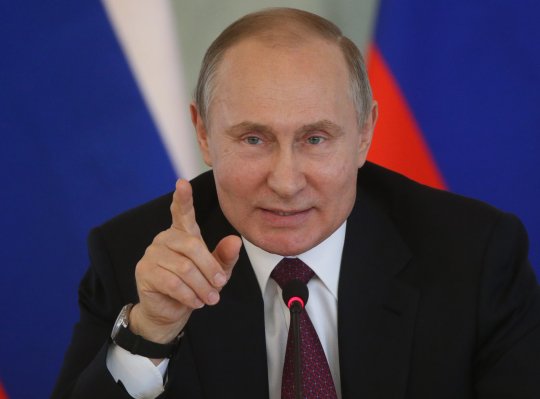 Putin Is About to Win a 4th Term. Here's What He's Promised Russia
Next Up: Editor's Pick