US President Donald Trump (L) gestures next to China's President Xi Jinping during a business leaders event at the Great Hall of the People in Beijing on November 9, 2017.
NICOLAS ASFOURI—AFP/Getty Images
By Eli Meixler

President Donald Trump has welcomed remarks made by his Chinese counterpart Xi Jinping at the Boao Forum for Asia Annual Conference that seemed intended to deescalate a brewing trade war.

Trump said he was “very thankful” for his Chinese counterpart and hailed “great progress” to be made by the jousting superpowers.

In a tweet Wednesday, the U.S. president said he appreciated Xi’s “kind words on tariffs and automobile barriers” as well as his “enlightenment on intellectual property and technology transfers,” a key sticking point of U.S.-Chinese trade disputes.

The U.S. contends that China pressures American companies into handing over valuable technologies in exchange for the right to access Chinese markets.

Those concerns, as well as the administration’s anxiety about America’s trade deficit with China, drove Trump to raise tariffs 25% last week on $50 billion worth of Chinese goods, prompting Beijing to respond in kind, targeting agriculture products like pork, wine, and soybeans.

Global markets teetered with uncertainty as Trump threatened to impose tariffs on another $100 billion of goods last week, but have rallied in the wake of Xi’s remarks.

At the Boao Forum, dubbed “Asia’s Davos,” he cautioned against the return of a “Cold War mentality” and criticized the “zero-sum” posture of the trade dispute.

“We should act on the vision of common, cooperative, and sustainable security and firmly uphold the international order and system underpinned by the principles in the U.N. charter,” Xi told conference attendees in Boao, China. 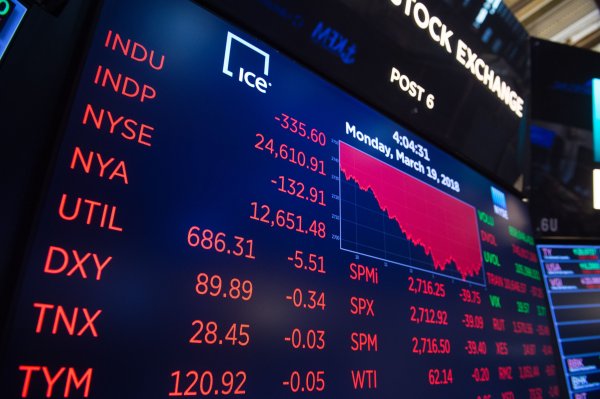 Here Are 5 Ways a Trade War Could Hurt You
Next Up: Editor's Pick