“It’s our intention not to finance these military-style firearms for civilian use,” Anne Finucane, a vice chairman at Bank of America, said Tuesday in a Bloomberg Television interview. The firm has had “intense conversations over the last few months” with those kinds of gun manufacturers to tell them it won’t finance their operations in the future, she said.

Her comments mark the first time an executive at the nation’s second-largest bank has publicly laid out how it will deal with gun-industry clients following Feb. 14 shootings at a high school in Parkland, Florida, that left 17 people dead. The massacre set off a wave of pressure on banks, payments processors and other firms to cut services to the firearms industry and on money managers to stop investing in gunmakers. The response has varied.

Citigroup Inc., the nation’s fourth-largest bank, said in March it plans to prohibit retail chains that are its customers from offering bump stocks or selling guns to anyone who hasn’t passed a background check or is younger than 21. Investors including BlackRock Inc. and State Street Corp. are engaging with companies in their portfolios over firearms policies.

Reaction to the firm’s plans has been “mixed” among gun companies, she said. “There are those that will reduce their portfolios, and we’ll work with them, and others that will do something else,” she said, speaking on the sidelines of the Future of Energy Global Summit in New York hosted by Bloomberg New Energy Finance. 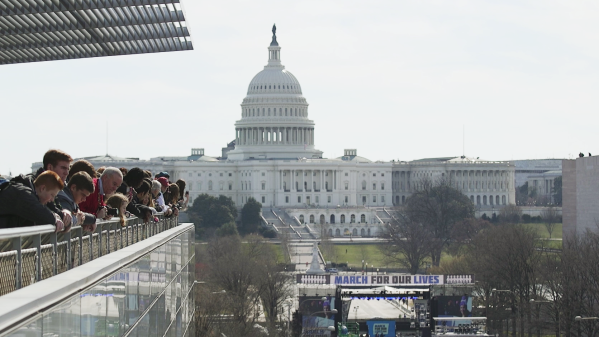 What Happens When You Reimagine the Difficult Conversation About Guns
Next Up: Editor's Pick