Facebook began alerting some users that their personal information was accessed during the Cambridge Analytica data breach, and suffice to say, Facebook users aren’t happy.

Some 87 million people are estimated to have possibly been affected by the Facebook Cambridge Analytica data breach, a higher number than the social media giant originally anticipated. Last week, Facebook announced that users who may have had their data misused by Cambridge Analytica would get a detailed message via their News Feed on Monday. Facebook has said most of the affected users are in the U.S., though there are over a million each in the Philippines, Indonesia and the U.K.

Now users are taking to social media to reveal whether or not their personal information was obtained during the data breach, screen-shotting their Facebook notification. “Facebook sold me out to Cambridge Analytica too,” one user wrote on Twitter.

Some users also noted that Facebook appeared to be deflecting blame onto users’ Facebook friends who had logged onto a problematic page. “So Facebook’s “Your friend used this app that let Cambridge Analytica steal your info” framing seems to be making everyone say “which friend did it”,” one user wrote on Twitter. “Facebook is deflecting the blame. I’m mad at Facebook,” they added.

On Tuesday and Wednesday, Facebook’s founder and CEO Mark Zuckerberg will testify in front of Congress following the scandal. In his pre-written prepared testimony, Zuckerberg said: “We didn’t take a broad enough view of our responsibility, and that was a big mistake. It was my mistake, and I’m sorry. I started Facebook, I run it, and I’m responsible for what happens here.” 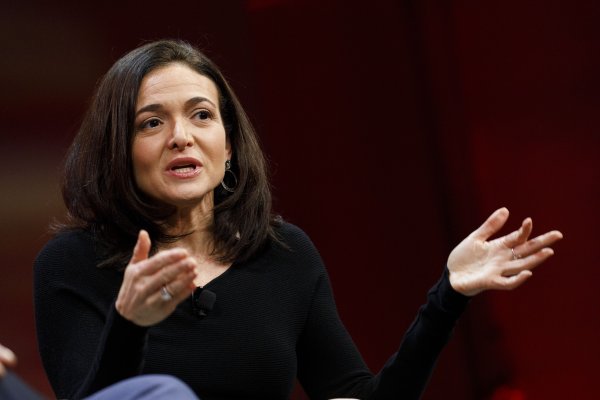 Sandberg: There Could Be Other Facebook Data Breaches
Next Up: Editor's Pick