The headquarters of the Sinclair Broadcast Group in Hunt Valley, Maryland on April 3, 2018.
Win McNamee—Getty Images
By Eli Meixler

A conservative commentator for a St. Louis television station owned by the Sinclair Broadcast Group has resigned after backlash over a tweet in which he threatened to violently assault 17-year-old Parkland shooting survivor and gun control advocate David Hogg.

Jamie Allman, who hosted a nightly show on Sinclair’s ABC-affiliate station KDNL, tweeted on March 26 that he was “preparing” to assault Hogg with “a hot poker,” the Washington Post reports. Allman also hosts a conservative talk radio show.

“We have accepted Mr. Allman’s resignation, and his show has been canceled,” Ronn Torossian, a PR representative acting as Sinclair’s spokesperson, told the Post.

The since-deleted tweet rapidly drew criticism, prompting several advertisers to withdraw their support for the show, The Allman Report.

Hogg and his classmates have become vocal advocates of stronger gun control legislation since 17 people were killed in a shooting at Marjory Stoneman Douglas High School in Parkland, Fla. on Feb. 14.

Laura Ingraham, a prominent Fox News commentator, also lost the support of nearly 20 advertisers following a Twitter feud with Hogg. Ingraham took a week-long vacation, which she said was pre-planned, but returned Monday to resume her show. 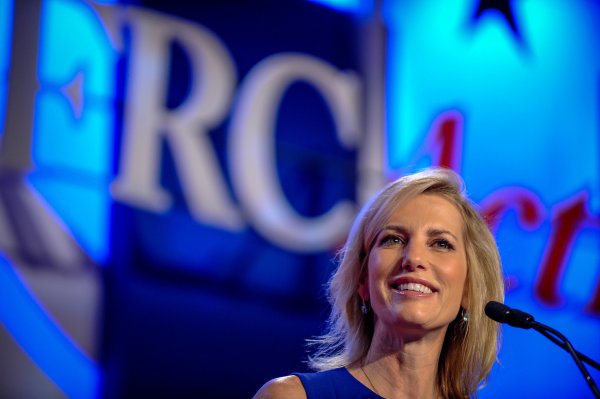 Ingraham Accuses Liberals of Bullying Conservatives
Next Up: Editor's Pick