Lindsey Buckingham is going his own way once again.

The guitarist and lead vocalist of Fleetwood Mac will not be performing with the rock band on their upcoming fall tour, a publicist for the group confirmed to EW. Buckingham will be replaced on the tour by Mike Campbell (the former lead guitarist for Tom Petty & the Heartbreakers) and Neil Finn (the frontman of Crowded House).

The band’s publicist declined to comment on reports that Buckingham had been fired and provided a statement that said, “The band wishes Lindsey all the best.”

Buckingham joined Fleetwood Mac with still-active band member Stevie Nicks in 1974, and played with them through 1987. Following a decade away from the band, he returned to the fold in 1997 for the platinum-selling album The Dance and had continued to tour with them since, while also maintaining a solo career.

News of his latest exit was first shared by former Fleetwood Mac guitarist Billy Burnette, who served as Buckingham’s replacement from 1987 until the band took a brief hiatus in 1995. Burnette tweeted on April 4, “Breaking news: Lindsey Buckingham is out but I’m not in.” He later deleted the tweet.

With his finger-picking guitar riffs and songwriting abilities, Buckingham was a part of the signature sound of the Fleetwood Mac despite not being an original member. He penned many of the band’s greatest hits, including 1977’s “Go Your Own Way,” “The Chain,” and “You Make Loving Fun,” as well as 1979’s “Tusk.”

He has also released six studio albums as a solo artist, and last year teamed with Fleetwood Mac band mate Christine McVie to release a collection of original songs they co-wrote.

In a collective statement Monday, Fleetwood Mac said, “We are thrilled to welcome the musical talents of the caliber of Mike Campbell and Neil Finn into the Mac family. With Mike and Neil, we’ll be performing all the hits that the fans love, plus we’ll be surprising our audiences with some tracks from our historic catalogue of songs. Fleetwood Mac has always been a creative evolution. We look forward to honoring that spirit on this upcoming tour.”

Finn said in a separate statement to EW, “Two weeks ago I received a wonderful invitation to be a part of a truly great band. A few days later I was standing in a room playing music with Fleetwood Mac. It felt fresh and exciting, so many great songs, a spectacular rhythm section and 2 of the greatest voices ever. Best of all, we sounded good together. It was a natural fit. I can’t wait to play.”

Final dates for the tour will be announced shortly. 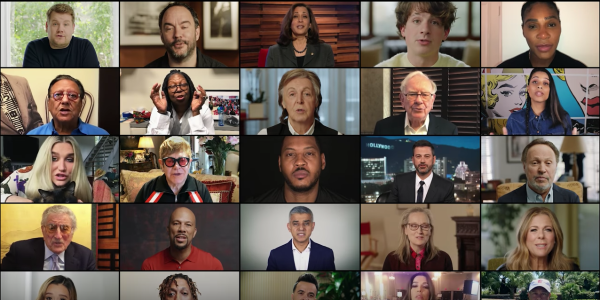 Stevie Wonder Teamed Up With Major Celebrities for a Powerful Tribute to Martin Luther King Jr.
Next Up: Editor's Pick