McGruff the Crime Dog throws out the first pitch before the Toronto Blue Jays game against the Texas Rangers at The Ballpark in Arlington on August 4, 1998 in Arlington, Texas.
Stephen Dunn—Getty Images
By Laura Stampler

John R. Morales was arrested in 2011 in Galveston, TX after a drug-sniffing dog (narc!) detected pot when he was pulled over for speeding. Police then found diagrams of two indoor pot-growing operations and a plethora of marijuana seeds.

When police raided his house, they seized 1,000 marijuana plants and 9,000 rounds of ammunition for an assortment of 27 weapons — including a grenade launcher, because McGruff must have lots of enemies.

After three years, Morales, 41, pleaded guilty and was sentenced to 16 years in jail Monday.

Even though Morales said he was nonviolent, U.S. District Judge Vanessa Gilmore said, “Everything I read about you makes you seem like a scary person.”

We leave Morales with this clip of McGruff for further reflection. (Unfortunately we couldn’t find any videos with appropriate grenade launcher messaging). 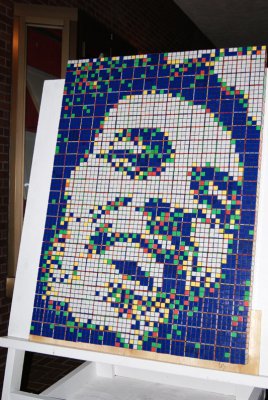 The 5 Genres of Bob Marley Posters Everyone Had In Their College Dorm Rooms
Next Up: Editor's Pick