Brace Yourselves: Spring Allergy Season Is Coming. Here's What to Expect and How to Handle It

A swath of the Northeast and mid-Atlantic, which had been continuously pummeled by winter storms — even in April — will be graced with warm weather later this week. After a seemingly interminable winter, it’s a chance to dig out lighter clothing and head outside into the sun.

But, if you’re one of the roughly 7% of U.S. adults with seasonal allergies, you may want to stay inside a little longer. With the change in seasons comes spring allergies (followed by summer allergies).

Here’s what you need to know about the upcoming allergy forecast.

Is it going to be a bad allergy season this year?

Predictions are mixed, but it could be. Some experts have suggested that because of the Northeast’s prolonged winter, tree pollen allergy season may be shorter, but more intense. However, Dr. Rachel Miller, director at the division of pediatric allergy, immunology and rheumatology at Columbia University Medical Center, said there are lots of factors at play – including tree species and precipitation levels (which tend to clear out airborne allergens).

“I don’t think there’s 100% certainty on this,” Miller says. “There would be a concern that because of the delay in pollination, the pollen will start to to become airborne at the same time, as opposed to being spread out over a longer period of time. So it may be shorter, but it may be more intense.” Yet that is difficult to predict, she says, because not all tree species are the same.

And while AccuWeather senior meteorologist Alan Reppert said that there might be a “rapid ramp-up” of pollen levels in the Northeast, when the temperature rises, it may not be more than usual. “It might a little bit higher,” Reppert said, but due to expected rainfall, “it doesn’t look like it’s going to be a rapid ramp-up to above average. We’re looking at probably near-normal pollen levels for much of the Northeast into the Midwest also.”

For some parts of the country, including Florida and Georgia, allergy season arrived in mid-March and peaked at the end of the month, according to AccuWeather, while the Northeast and mid-Atlantic have been spared thus far due to snow, wet weather and lower temperatures.

“The pollen levels may take until April or even early May to really increase over parts of Pennsylvania, New York and New Jersey,” Reppert said in a report for AccuWeather.

When will allergy season be at its worst?

A chart from AccuWeather predicts when allergy season is likely to peak across the country. For parts of the South, the peak has already hit. For other areas of the South, peak allergens are expected to hit at the end of April, and according to AccuWeather, tree pollen allergies will be followed up with grass pollen, which should tamp down at the end of June. For the mid-Atlantic and Northeast, late May and late June will see peak allergies.

You can track the upcoming pollen forecast on AccuWeather to prepare for spring allergies.

Why do seasonal allergies happen in the first place?

Why do some people respond to specific components — tree pollen and mold during the spring, grass pollen in the summer, and weed pollen in the early fall — with allergy symptoms, including sneezing, a stuffy or runny noes, and itchy eyes?

“That is a million-dollar question,” says Marsha Wills-Karp, chair of the Department of Environmental Health and Engineering at Johns Hopkins University. “My colleagues around the world and myself have been trying to answer that question.”

Allergies occur “when an individual’s immune system reacts inappropriately to things in the environment that don’t typically cause most people to respond,” she says. The way that a person responds to an infectious agent, like a virus, is how some people with allergies may respond to pollen, dust mites, mold and other allergens: developing antibodies against otherwise harmless intruders.

And researchers are still trying to figure out why some people are more susceptible to allergies than others. Wills-Karp said a potential combination of genetics and environmental factors — especially in early stages of a person’s life – is likely to blame. Theories include antibiotic use early in life and a “too clean” environment with reduced exposures to everyday flora and fauna, along with other potential factors.

How can I help my allergies?

First, identify whether you are suffering from a cold or allergies. While many of the symptoms overlap — sneezing, runny nose, stuffy nose — with a cold you may also have a fever, fatigue, cough, aches and pains, which likely won’t be present with allergies.

For people who are suffering from spring allergies, it may be too late to change how the body responds to allergens. But you can combat the symptoms.

“As far as what the allergic person would do to try and diminish their symptoms, there are three broad categories,” says Dr. Sandra Lin, professor of otolaryngology at Johns Hopkins Medicine.

If you suffer from seasonal allergies, it’s best to see a physician to figure out how best to tackle your symptoms. 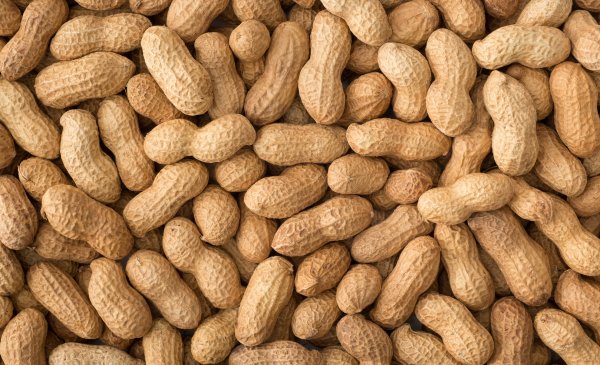 Why Parents Are Turning to a Controversial Treatment for Food Allergies
Next Up: Editor's Pick