Apple Inc. announced new versions of the iPhone 8 and iPhone 8 Plus in red, keeping its entry-level iPhones fresh after being overshadowed for months by the iPhone X.

The new color scheme is part of the “PRODUCT(RED)” initiative, a program that gives a percentage of sales to the Global Fund to fight HIV/AIDS. Apple didn’t announce a red version of the iPhone X, which remains available in either grey or white.

It’s the second year in a row that Apple has rolled out a red version of its latest iPhone. Last March, Apple launched a red iPhone 7 and iPhone 7 Plus and discontinued those models about six months later when the initial iPhone 8 line launched. The red iPhone 8 models cost the same as the gold, grey, and silver versions, at $699 for the smaller model and $799 for the Plus. The new color goes on pre-order Tuesday and is available in stores from April 13, Apple said.

The back of the phone is red, and the front is black. Last year’s model had a white front, which was derided by some who sought the red and black combination.

The company also introduced a red version of its leather folio case for the iPhone X.

The new model comes as Apple works on a larger, 6.5-inch iPhone, an update to the iPhone X, and a new low-cost model for the fall, Bloomberg News has reported. 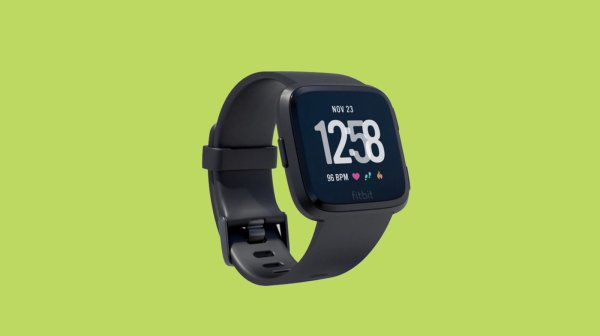 Review: Fitbit's New Smartwatch is its Biggest Threat to the Apple Watch Yet
Next Up: Editor's Pick