And while the internet has uncovered that there are two kinds of people in the world – the naked-cat loving and the naked-cat fearing – the situation might have more dimensions than previously thought.

A Canadian Sphynx named Xherdan is making waves online. With the expected characteristics of a hairless feline accounted for – namely no hair and a sinister resting face – the cat of the moment stands out for some unlikely resemblances. Many social media users have started commenting on Xherdan’s looks, with one Twitter user asking, “Is it just me or does Xherdan cat look like a wonton?”

Known as the “Naked Cat” on Instagram, this furless friend has garnered a lot of online interest with his “daily nudes.” Some comments under Xherdan’s pictures include a comparison of the Sphynx to a “little pig” and a nonchalant, “Just a brain cat doing its brain cat thing.”

Aside from the comparisons to different animals, inanimate objects and body parts, people comment loving things under his Instagram photos and pose questions about his unusual physique. One user asked, “Does he need Sunscreen?” under a photo of the cat basking in sunlight (to which Xherdan’s account wrote back, “no I don’t need”).

The cat’s owner, Sandra Filippi, told Buzzfeed News that her 5-year-old pet can be off-putting to people in pictures, “But when they see him [in real life], the opinion changes and they find him sweet, cute, and lovely!”

She was drawn to him for “his wrinkled pink skin, as fine as a peach; his turquoise eyes, as blue as the ocean” she told Buzzfeed, and says his hobbies include bird watching by the window and snuggling.

So, if you’re in the hairless-cat-fearing camp, maybe even you can get lost in Xherdan’s blue eyes and hypnotic head wrinkles. 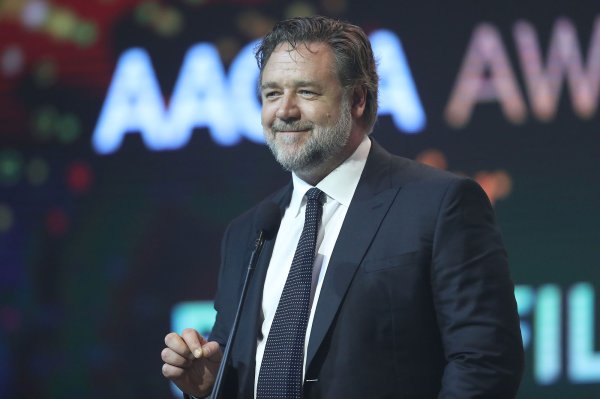 Russell Crowe Is Selling a Skull, Jockstrap and More at His Divorce Auction
Next Up: Editor's Pick