Jordan Peele Is Making a Lorena Bobbitt Docuseries From Her Perspective

In the wake of his success with Get Out, comedian-turned-Oscar-winning writer and director Jordan Peele has a new project to make people squirm in their seats. Peele is producing a four-part docuseries on the Lorena Bobbitt trial for Amazon.

If you aren’t familiar with the case, in 1993, Bobbitt cut off her abusive husband’s penis and threw it under a bush where it was later recovered and reattached. At her trial, Bobbitt’s team argued that she had suffered a psychotic break after yet another assault by her violent husband and should not be held responsible for the crime. The jury agreed and Bobbitt was freed, setting a precedent for how abused women are treated in court and for the way stories like this are covered by the media.

“When we hear the name ‘Bobbitt’ we think of one of the most sensational incidents to ever be catapulted into a full blown media spectacle,” Peele said in a statement, according to Variety. “With this project, Lorena has a platform to tell her truth as well as engage in a critical conversation about gender dynamics, abuse, and her demand for justice. This is Lorena’s story and we’re honored to help her tell it.”

The series, called Lorena, will reexamine the events from Bobbitt’s perspective and will look at the lasting impact of the gruesome case in the treatment of domestic abuse in courts and in media coverage of such cases.

It will be produced through Peele’s Monkeypaw Productions studio and directed by documentarian Joshua Rofé. The series does not yet have a release date. 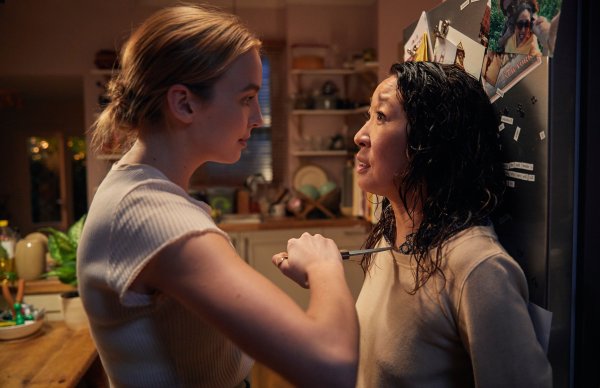 Killing Eve Isn't Your Average Mystery Series. Here’s How It Breaks the Mold
Next Up: Editor's Pick