President Trump Keeps Attacking Amazon. See How His Tweets Have Hurt Other Companies

By David Johnson and Alex Fitzpatrick

President Trump is relentlessly attacking retail giant Amazon, saying recently the company has put “many thousands of retailers out of business,” claiming it pays “little or no taxes to state and local governments,” and slamming its arrangement with the United States Postal service as unfair.

Trump’s claims about the roughly $700 billion Seattle, Wash.-based Amazon are mixed in their accuracy.

It’s certainly true that rival retailers large and small have struggled amid Amazon’s growing dominance in the field. But some would say that’s the natural and even desirable result of a more efficient or otherwise smarter firm entering a marketplace.

Trump’s assertions about Amazon’s tax practices and its effect on the USPS, meanwhile, are dubious at best. Amazon indeed pays taxes, though like many corporations (and individuals) it takes steps to minimize its liabilities. And many observers argue Amazon is in fact a lifeline for the USPS, which relies on parcel delivery to make up for the death of other mail in the digital age. (The USPS’ economic struggles stem largely from a law that requires it to pre-fund future retirees’ health benefits.)

But it’s still a unique phenomenon for a sitting President to publicly attack an American company. And Trump could indeed take action against Amazon, if he so chose. Indeed, his assault appears to have investors spooked — Trump’s tweets have repeatedly coincided with falloffs in the company’s stock.

Should Amazon and its CEO, Jeff Bezos, be worried about Trump’s Twitter tirades? Maybe not, if recent history is any judge. Trump has gone after a number of publicly-traded companies in recent months, including Lockheed Martin, Toyota, and more. Even if Trump’s missives caused a dip for those companies’ stocks, the effect was typically temporary, if notable at all.

Below, see how President Trump’s attacks have impacted various companies’ stock prices in recent months. Clicking each company name will show a stock chart for the two weeks prior to and after a Trump tweet critical of that firm. (Of course, many factors can weigh into a company’s stock valuation at any moment.) 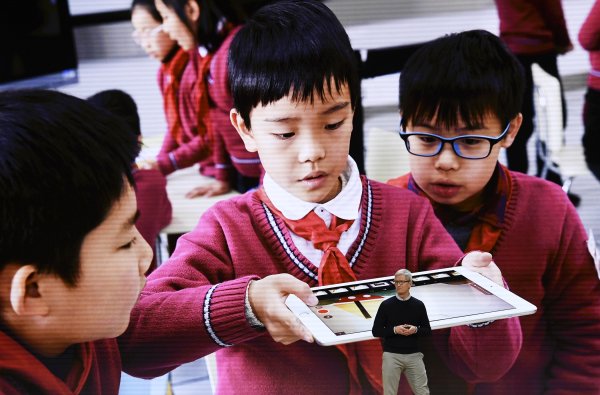 Why Classrooms Are Apple, Google and Microsoft's Next Big Battleground
Next Up: Editor's Pick