“Zombie-like” raccoons have taken over an Ohio town. This isn’t the inevitable re-boot of Night of the Living Dead, though, or another Walking Dead spin-off. Instead, it’s an eery invasion that has authorities looking for answers.

Police in Youngstown, Ohio, have responded to over a dozen calls from concerned humans who have spotted raccoons behaving very strangely, according to local news outlet WKBN. The raccoons were seen popping up onto their hind legs, baring their teeth, and then falling over in a comatose state. The animals weren’t easy to scare off, either, and seemed to have lost their natural fear of humans. If that wasn’t odd enough, the majority of the sightings and calls happened in the daytime even though raccoons are nocturnal.

Police received calls about 14 raccoons over the past three weeks, with some of the residents making the zombie comparison. The Ohio Department of Natural Resources said it doesn’t sound like rabies, but rather a disease called distemper. If this diagnosis is correct, distemper is not transmissible to humans, but can be spread to dogs who come in contact with zombie raccoons.

According to the American Veterinary Medical Association, distemper “attacks the respiratory, gastrointestinal and nervous systems” of infected animals and symptoms include, “head tilt, muscle twitches … seizures, and partial or complete paralysis.” Unfortunately, the affected raccoons have to be captured and put down to prevent the disease from spreading further.

It’s worth noting distemper symptoms do not include a hunger for human brains. 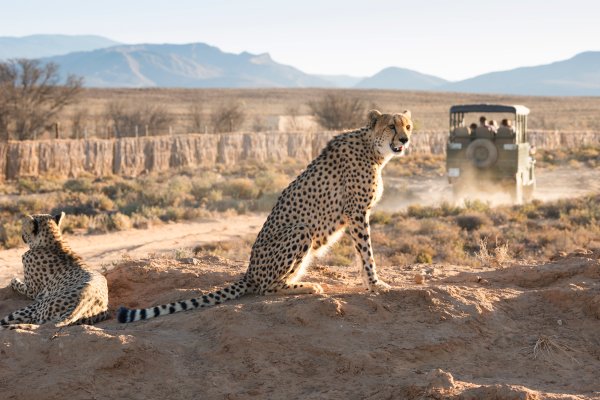 These Cheetahs Just Wanted to Join the Safari Ride
Next Up: Editor's Pick