John Cena broke a chair over Guillermo‘s back during an appearance on Jimmy Kimmel Live! — but it was all in the name of a cause that he believes in strongly.

During his late night interview, the Blockers star talked with Kimmel about the various causes he’s worked on and done PSAs for recently, ranging from diversity in America for the Ad Council to the Make-A-Wish Foundation. Cena then announced he would be premiering his latest PSA on the show on a cause that is “very near and dear to my heart”: a campaign to encourage drivers to inch into the intersection while waiting to make a turn.

To demonstrate his frustration with drivers who won’t pull forward, Cena then broke a chair on Guillermo’s back not once but twice before encouraging viewers to “Move up an inch, it’s a cinch.” 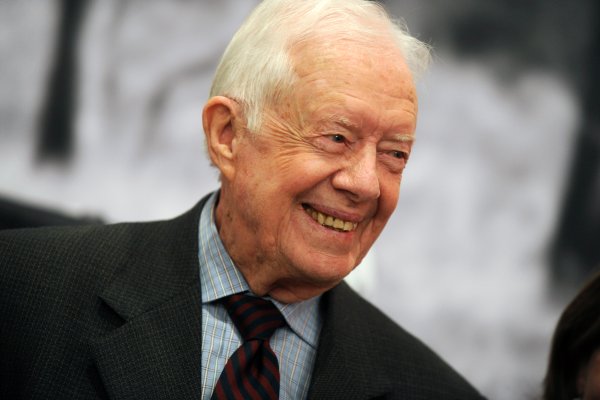 Carter: U.S. 'Apparently' Wants a Jerk for President
Next Up: Editor's Pick