It seems the internet may have discovered their favorite new comic — and she’s a 9-year-old girl.

“Everything is terrible but my cousin’s 9-year old daughter Alice has been quietly and masterfully slaying the @NewYorker’s caption contest and it’s pure delight,” Kalb wrote. “There are so many (she grabs every issue before her mom can get ahold of it) and every single one of them is perfect.”

The internet was instantly enchanted by Alice’s talents, with many taking to Twitter to praise her on-point witticisms. “A 9 year old is already funnier than me,” quipped one impressed user.

Kalb is a comedy writer herself. However, she claimed she had nothing to do with any of Alice’s work. “I am a professional joke writer for a professional TV show and I truly can’t touch any of this. Thank you for being as obsessed with Alice as our family is!”

See more of Alice’s cartoons below. 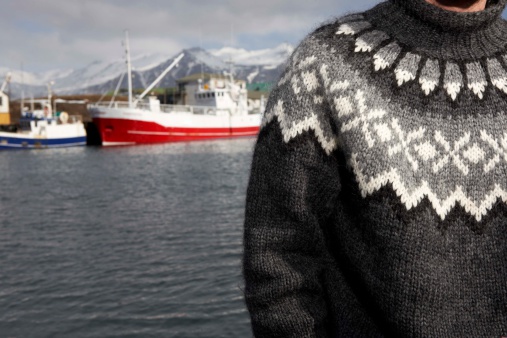 Man Knits Sweaters to Match Landmarks
Next Up: Editor's Pick