Female Medics Rushed to Help a Man Who Collapsed in a Sumo Ring. They Were Promptly Told to Leave

Female medics attempting to save the life of a Japanese mayor who collapsed in a sumo ring were ordered to get off the stage, which is considered a sacred space from which women are banned.

Medical attendants rushed onto the platform in Kyoto on Wednesday when Maizuru Mayor Ryozo Tatami, 67, tumbled to the floor while making a speech, the Mainichi reports. Amid the mayhem, an announcement ordered the women attendants to leave the ring.

Tatami was hospitalized with a brain hemorrhage and underwent surgery but is in stable condition, according to The Japan Times.

The Japan Sumo Association subsequently issued an apology. “The response was inappropriate considering that someone’s life was in danger. I am deeply sorry,” JSA chief Nobuyoshi Hakkaku said in a statement.

Women are traditionally barred from entering or touching the sumo ring, known as the dohyō. Japan’s first female governor, Fusae Ota, repeatedly clashed with the JSA over whether she would be permitted to crown the champion of an annual tournament, a traditional responsibility of the governor of Osaka. Her requests were denied.

In recent years, women’s sumo competitions have gained popularity, but the sport’s governing body limits them to the amateur level, according to ABC. 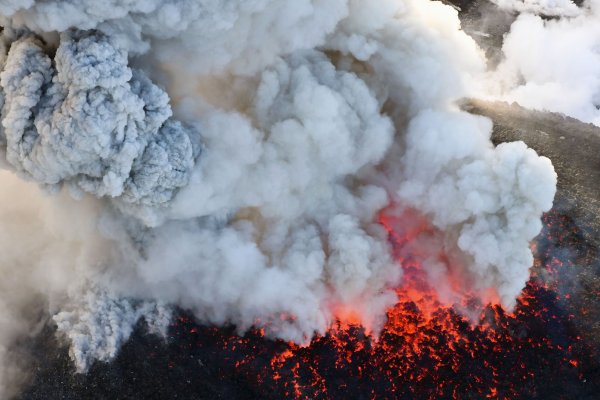 Japan's Shinmoedake Volcano Gets More Violent
Next Up: Editor's Pick