Adele Planned, Officiated and Sang at Her Best Friend's Wedding in Her Backyard

If Adele ever wanted to quit show biz, it sounds like the 15-time Grammy winner could have a successful second career as a wedding planner.

In an interview with the BBC‘s The One Show on Monday, Adele’s best friend, British comedian and television personality Alan Carr revealed that the powerhouse singer not only planned his wedding to longtime partner Paul Drayton, but that she also officiated the ceremony, which was hosted in her backyard – and even performed the song for the first dance.

“We’ve known her for ages, and when we told her we were getting married, she said, ‘Can I please plan the whole day for you?’” Carr said. “She organized everything. She’s the most kindest, sweetest, most generous person ever.”

Adele confirmed her wedding planning skills with a post on Instagram, nonchalantly referring to her role as “any excuse to dress up.” 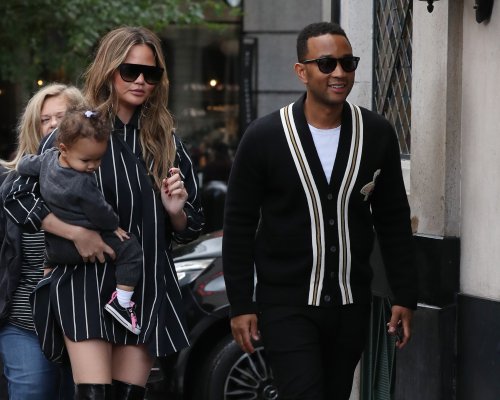 Chrissy Teigen and John Legend Change Diapers Too. But They Do It With Award-Worthy ‘Poopy Diaper Songs'
Next Up: Editor's Pick