In a riveting passage from Cecile Richards’ new memoir, the Planned Parenthood chief says Jared Kushner and Ivanka Trump were, during Donald Trump’s 2016 transition as president-elect, so eager to be recognized as shrewd political dealmakers that the soon-to-be first daughter and her husband made an offer that felt like a “bribe”: an increase in federal funding for Planned Parenthood in exchange for its agreement to stop providing abortions.

Richards, in Make Trouble: Standing Up, Speaking Out, and Finding the Courage to Lead, out Tuesday, says she was leery of taking the meeting in January 2017, but, after the defeat of Planned Parenthood’s champion, Hillary Clinton, she was open to finding possible new allies in the president-elect’s more moderate-leaning daughter and son-in-law.

The organization, after all, was a favorite target of Trump and the GOP. Shortly after the election, Speaker of the House Paul Ryan announced his intentions to defund Planned Parenthood and get rid of Obamacare. While he hasn’t succeeded, Planned Parenthood and its services continues to be a lightning rod for the right.

“Everyone at Planned Parenthood was hoping for the best but preparing for the worst,” Richards, 60, writes about Ryan’s announcement. “We brainstormed, planned, and made lists of anyone who might be a potential ally in the administration.”

Richards — who is the daughter of feminist icon Ann Richards and passionately campaigned for Hillary Clinton — was urged by a “friendly acquaintance in the fashion industry” to reach out to President Trump’s daughter Ivanka for a meeting.

“Even if there was only a sliver of a chance of changing anyone’s mind, I owed it to Planned Parenthood patients to at least take the meeting,” Richards explains.

While she was confident about her talking points, she writes that she “begged” her husband, Kirk Adams, to join her after she learned that Ivanka Trump’s husband, Jared Kushner, would also be in attendance.

“If nothing else, I felt I needed a witness,” she writes.

Once in the clubhouse, the couples chatted about their families before getting down to business. According to a statement from Planned Parenthood given to Time.com, the purpose of the meeting “was to make sure that Ivanka Trump fully understood the important role Planned Parenthood plays in providing health care to millions of people and why it would be a disastrous idea to block people from accessing care at Planned Parenthood.”

After Richards explained this, she writes that Kushner told her Planned Parenthood “had made a big mistake by becoming ‘political.’ ”

“The main issue, he explained, was abortion,” Richards writes. “If Planned Parenthood wanted to keep our federal funding, we would have to stop providing abortions. He described his ideal outcome: a national headline reading ‘Planned Parenthood Discontinues Abortion Services.’”

According to Make Trouble, Kushner said that if Richards agreed to the plan then funding could increase, but he urged them to “move fast.”

“If it wasn’t crystal clear before, it was now. Jared and Ivanka were there for one reason: to deliver a political win,” she writes. “In their eyes, if they could stop Planned Parenthood from providing abortions, it would confirm their reputation as savvy dealmakers. It was surreal, essentially being asked to barter away women’s rights for more money. It takes a lot to get Kirk mad, but it looked like his head was about to explode.”

Richards explained that there was “no way” Kushner’s proposal would work and that they’d continue to fight for funding.

“‘Our mission is to care for women who need us, and that means caring for all of their reproductive needs — including safe and legal abortion,’” she recalls saying. The meeting eventually ended. As they were leaving, she writes that Kushner “reminded us that things were moving ‘really fast.’ ” A deal had to be made quickly.

“Honestly, it felt almost like a bribe,” Richards remembers telling her, “I know there are people who will disagree with me, and maybe I shouldn’t have just shut down the conversation, but I did what I thought was best.”

Since the meeting, Richards and Ivanka Trump have clashed publicly — mainly because of Ivanka Trump’s decision to remain silent about Republican attempts to defund Planned Parenthood.

While Ivanka Trump’s team has yet to respond to PEOPLE’s request for a comment, she did defend her decision to remain quiet after a bill passed last year that permits states to refuse funding to organizations that provide abortions.

“I would say not to conflate lack of public denouncement with silence,” she told Gayle King during an interview with CBS News, according to Time.com. “Where I disagree with my father, he knows it. And I express myself with total candor.”

Cecile Richards isn’t having it.

“At the time, [Ivanka] sounded like she was sympathetic, but I will tell you this White House has been worse for women than any administration I’ve seen in my lifetime,” Richards told PEOPLE in July 2017 about her meeting with Ivanka Trump. “It’s been very, very disappointing.”

Make Trouble is out now. 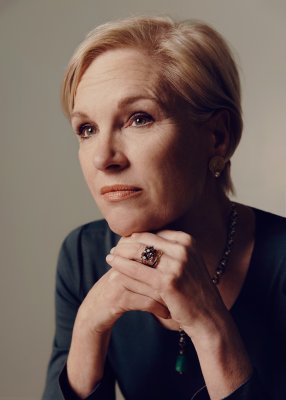