They've Spent Months in Jail for Doing Their Jobs. But These Two Reuters Reporters Are Not Losing Hope

There isn’t much time. A doctor snaps on his white gloves, then plunges a needle into a thin, shackled arm. The onlookers are silent, the prosecutor stares at a wall. A small bird flies in through a swinging door, and perches on the neon light that sways above the defendants. Wa Lone and Kyaw Soe Oo have now spent 114 days in prison, and it’s taking a toll on their health. But the examination must be swift.

The audience rises from their seats as the judge brings a start to their hearing this Wednesday morning, one of many the pair has spent not in a newsroom, but in the sweltering heat of a Yangon courthouse. The two defendants are reporters for Reuters, and they are accused of obtaining confidential information related to military operations in western Myanmar’s Rakhine State, where violence described by the U.S. and the U.N. as a campaign of ethnic cleansing has sent more than 671,000 Rohingya Muslims fleeing across the border into Bangladesh.

For the 13th time, lawyers again tell the judge that their clients have done nothing but their job.

“The truth about what happened in Rakhine is important for our country,” Kyaw Soe Oo, 27, shouted to supporters outside the courthouse. “Without the truth, we can never solve our country’s problems there.”

Only six years ago these two young men didn’t speak a word of English. Today, leaders around the world know their names; these are the brave reporters who helped shed precious light on one of the world’s most pressing crises. Wa Lone and Kyaw Soe Oo were the first journalists to obtain accounts from perpetrators who admitted their involvement in the killing of 10 Rohingya men found in a mass grave. The group, a mostly stateless minority that has been persecuted for decades and receives little sympathy from Myanmar’s predominantly Buddhist population, has been forced to flee en masse since insurgent attacks triggered brutal military reprisals in late August last year.

At the courthouse, it’s the same procedure every week. Kyaw Soe Oo’s two-year-old daughter claps her hands when she spots her father in an approaching police van; a group of alternating Reuters colleagues from across the region and beyond tap the handcuffed journalists shoulders. Diplomats fan themselves and shake hands.

The Official Secrets Act under which the Reuters journalists are charged is a colonial-era law that criminalizes the intention to share anything the Myanmar government wants to conceal. It is one of a cache of repressive laws that advocacy groups urged Myanmar’s new civilian government, which assumed power in 2016, to reform. It’s true that this administration, nominally led by Nobel laureate Aung San Suu Kyi, maintains a fragile power-sharing deal with the military. But critics point out that her government has not fully exercised its legislative powers, failed to curb military abuses against the Rohingya and other minorities, and has done little to advance or protect civil liberties. Ko Bo Kyi, joint-secretary of the Yangon-based Assistance Association for Political Prisoners, tells TIME that “cases like this should be a thing of the past.”

“He misses our daughter so much that he talks to her photo every morning,” Chit Su Win, Kyaw Soe Oo’s 22-year-old wife, tells TIME, sitting on a plastic chair in the dusty patio of the court in Yangon’s northern outskirts. She shows her two-year-old a video of when they came for her father’s last court hearing. When even the video can no longer keep her from grumbling, a cameraman takes the little girl by the hand to buy her snacks. “She knows this place so well by now,” said Chit Su Win.

Defense lawyers called once again Wednesday for the court to dismiss the charges. A decision on whether the case proceeds to trial is expected April 11, the day Wa Lone will celebrate his 32nd birthday.

The case has garnered much international attention; last week, human rights lawyer Amal Clooney announced that she will join the pair’s defense team. But within Myanmar, where most people do not sympathize with the Rohingya and feel accosted by the international community’s rebukes, not everyone supports them. “No matter if other people call him a traitor, I am proud of my husband,” Chit Su Win says. “I don’t even want to quote what some people call them on social media,” adds Pan Ei Mon, the wife of Wa Lone, who is expecting their first child in August.

“We haven’t betrayed the country,” Wa Lone shouts to a crowd of supporters before being carted back to Yangon’s infamous Insein prison, known as the place the country’s former military junta would lock away and torture political prisoners. On a recent visit by his wife, Wa Lone had only one complaint about his new surrounds: “I don’t have a desk to write on.”

A fellow inmate who, like several others within the prison walls became his student, has since built one for him.

— With reporting by Aung Naing Soe and Cape Diamond / Yangon 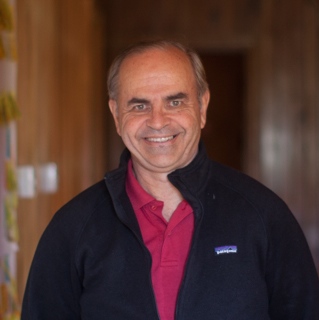 How This Man Helps the World's Poorest Farmers
Next Up: Editor's Pick