Dwayne Johnson, aka The Rock, has a problem and he is pretty sure that Jimmy Kimmel can help him solve it.

The Rock stopped by Jimmy Kimmel Live! on Tuesday night to ask Kimmel for help. “We’re expecting probably within the next two weeks, so I’m on code red high alert,” he told Kimmel.

“As of now, the doctor said it looks like we’re gonna be OK. The baby should be born when it’s due, which is April 25.” There’s one small problem, though: The Rock is in the middle of a press tour for his new film Rampage and has to be away from home. If the baby comes early, as babies frequently do, Johnson is worried that he won’t make it back in time to be in the delivery room when his girlfriend, Lauren Hashian, gives birth.

Johnson needs someone on call to step in and lend a helping hand on his behalf if he can’t make it. That’s where Kimmel comes in. “I’m going to need a doula that’s going to help me deliver and, well, it’s gotta be you,” he told Kimmel.

Since no one says “no” to The Rock, Kimmel quickly agreed. “I’d love to be the doula,” the host said. “I’d be more than happy to fill in for you. I will wear one of your outfits—the whole thing.” That’s what friends — and late night talk show hosts — are for, apparently. 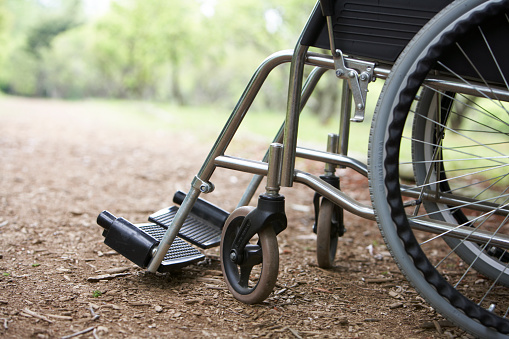 Wife Forced to Carry Husband 10 Miles a Day on Her Back After His Leg Was Amputated
Next Up: Editor's Pick