Commemorations in Memphis Show That How We Remember Martin Luther King Jr. Is Changing

By the time Martin Luther King Jr. came to Memphis in the spring of 1968 to march in solidarity with sanitation workers striking for union recognition, better wages and safer working conditions, his diagnoses of America’s ailments had evolved significantly. He’d been to Los Angeles in the midst of the 1965 Watts riot, and witnessed the anguish of poor and marginalized black Angelinos. He’d spent much of 1966 in Chicago, fighting for open housing and a dramatic relief program for the city’s poor. By late that year, he’d begun to seriously refocus upon exposing and subverting the systemic processes that trapped millions of Americans — of all races — in crippling poverty.

One result of that refocusing was the interracial Poor People’s Campaign of 1967-1968 that King helped launch and died trying to build. Among the many gathered in Memphis this week, on the 50th anniversary of King’s assassination there on April 4, 1968, will be those who seek to bring its goals to fruition. Taken together, those commemorations reflect important dynamics in how King’s legacy is being remembered — and put to use.

“We are seeing that the people are ready,” Rev. Dr. William Barber II told me by phone last Friday. This week, he and I are both in Memphis to mark the anniversary, but when we spoke, Barber was traveling between West Virginia and Eastern Kentucky, organizing coal miners on behalf of the Poor People’s Campaign: A National Call for Moral Revival. That modern campaign, which Barber co-chairs with Rev. Liz Theoharis, is dedicated to the pursuit of economic justice across lines of race, religion, region, ethnicity, gender and sexuality. It’s explicitly modeled after King’s campaign of the same name.

As a historian of African America, I have spent recent weeks thinking about how commemorators and organizers are interpreting the King legacy and putting it to use in 2018. When Barber and I spoke — and when I spoke to Theoharis in a separate, shorter conversation — we discussed at length the new Poor People’s Campaign, and what it draws from King and longer freedom struggle traditions. Notably absent from our conversation was the King who predominates in public memory. Barber mentioned the March on Washington once, but only to refer to the more radical aspects of the speech King delivered there (he does not mention “the Dream”). He mentioned the Selma campaign, but again only once, and then to highlight King’s theories — delivered at the end of the Selma campaign — about how elites historically fed poor and hungry whites the “psychological bird” of Jim Crow in order to bolster their understandings of racial superiority and keep poor white and black people from uniting in common cause.

Instead, when he and Theoharis talk about the lessons that King offers, most of what they draw upon is the work that King turned to in the last years of his life.

It isn’t that King turned away from trying to dismantle white supremacy during that later period, but rather that he increasingly understood the limited harvests that racial justice might reap absent economic justice. Late in 1967, when he announced the Poor People’s Campaign, he urged divestment in the Vietnam War and domestic reinvestment — most notably in an “economic bill of rights” with a guaranteed annual income, full employment and low-income housing.

He also increasingly argued that the nation’s collective soul was on the line. On the day he was killed, King was writing a Sunday sermon entitled “Why America May Go to Hell.”

“America is going to hell,” he wrote, “if we don’t use her vast resources to end poverty and make it possible for all of God’s children to have the basic necessities of life.” As historian Vincent Harding (King’s friend and sometime speechwriter) put it, King died in Memphis “in the consciously chosen company of the poor.” That is also how he spent much of his final years.

This is the King — capacious in his critiques, radical in his politics, and who suggested that America was quite possibly hell-bound over its militarism, materialism and failures to care for “the least of these” — that animates many of the most significant commemorations unfolding in Memphis this week surrounding the anniversary of his death.

Virtually all of these commemorations are explicitly activist in nature. Given King’s life’s work, this is as it should be. The degree to which these efforts are future-facing and pull from the antipoverty activism of King’s final years is, nevertheless, striking.

Locally, MLK50: Justice through Journalism, a team of investigative journalists led by long-time antipoverty activist and journalist Wendi Thomas, has labored over the past year to confront the causes of Memphis’ depressed wages and chasming wealth gap, and to expose the ways that power and wealth structure the city. Meanwhile, Micaela Watts from MLK50 notes that local activists from across Memphis, after a busy year fighting for justice on multiple fronts, have generally been quiet about this week’s commemorative events — the major exception being those that foreground fighting for fair pay and workers’ rights in accordance with the “radical economic agenda” of King’s final months. And the National Civil Rights Museum co-sponsored a symposium earlier this week asking participants to draw from King’s legacy and propose “actions and solutions” in pursuit of justice on everything from poverty to voting rights to police violence.

The new Poor People’s Campaign also returns to town this week to continue a collaborative initiative with The Fight for $15 campaign on behalf of a living wage. That effort was launched this February, on the 50th anniversary of beginning of the 1968 sanitation workers’ strike. Activists explicitly pulled from the sanitation strike, carrying signs modeled after those that workers famously held declaring “I AM A MAN.” The “I AM 2018” campaign — a collaboration between the AFSCME union (which represented the sanitation workers in the 1968 strike) and the Church of God in Christ (whose international headquarters at Mason Temple in Memphis were the site of King’s final public speech) — similarly draws from the past. The campaign seeks to train new activists under the vision that “there can be no racial justice without economic justice and no economic justice without racial justice.”

Whether they make the point explicitly or implicitly, it’s clear that the way these organizations are using the King legacy flows from present conditions in Memphis and in America. The civil rights movement’s demolition of legal Jim Crow apartheid in the late 1950s and early 1960s was one of the most important human achievements in American history, and is worth celebrating. Nevertheless, 50 years after King died fighting for the poor, there are about 15 million more poor people in the country than there were at the time of his assassination, according to the new Poor People’s Campaign. A majority of them are white, but black, Latino and Indigenous communities all experience poverty disproportionately relative to population numbers. Meanwhile, in majority-black Memphis, the black poverty rate is two-and-a-half times the white one, and black median income has remained slightly more than half of white median income for fifty years. And whereas King died trying to help workers win a union contract, today, the Memphis Chamber of Commerce uses the fact that Tennessee is a Right-to-Work state as a corporate recruiting tool.

In short, the essential logic framing and informing these commemorations is this: the problems of American poverty and the plight of American workers are in many ways worse than they were on April 4, 1968, meaning that the only proper way to commemorate Dr. King is to keep fighting for what he sacrificed his life for.

At the end of our conversation, Rev. Barber circled back to King’s last speech, delivered April 3, 1968, at Mason Temple. The speech has gone down in history as “The Mountaintop Speech” because of King seemingly prophesying his own death. But, Barber told me, calling it “The Mountaintop Speech” forgets King’s true purpose that night. The sermon was a celebration of mass uprising, and it was a call to keep pushing. “It wasn’t a mountaintop speech,” Barber explained. “It was a mobilization speech. King was in the valley, and he was there with garbage workers.”

And, indeed, in that speech, King highlighted the urgency of economic empowerment, and called for Memphis to go forth with a “dangerous unselfishness.” He told his audience: “we’ve got to give ourselves to this struggle until the end… Be concerned about your brother. You may not be on strike. But either we go up together, or we go down together.” That, more than anything, captures the spirit of what activists and organizers have been trying to do this week, this month and this year to honor Dr. King.

Simon Balto is an Assistant Professor of History and Director of African American Studies at Ball State University. He is the author of the forthcoming Occupied Territory: Policing Black Chicago from Red Summer to Black Power, which will be published by the University of North Carolina Press. 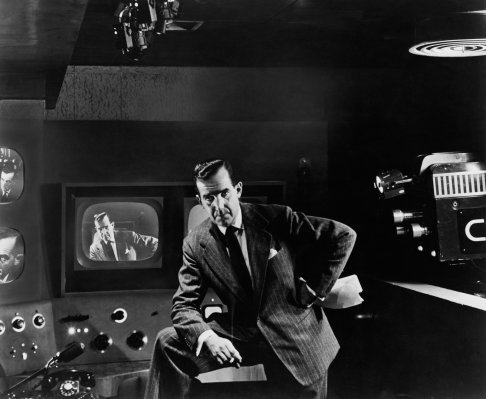 How Early Warnings About the Effect of Television on American Politics Came True
Next Up: Editor's Pick