CDC Finds 'Nightmare Bacteria' Across the U.S. Here's What That Means

Antibiotic-resistant bacteria is a growing public health problem, as infections are becoming less responsive to the drugs used to treat them. Now, a new federal report reveals that United States health departments have identified 221 instances of bugs with “unusual” antibiotic resistant genes in strains of infections authorities call “nightmare bacteria” for their already high levels of resistance.

Nightmare bacteria either can’t be killed by all or most antibiotics, are uncommon to the area in which they’re found, or have genes that make it possible for the germs to spread their resistance to other infections. The 221 instances of unusual resistance in nightmare bacteria were identified in 2017 by health departments nationwide working with the U.S. Centers for Disease Control and Prevention‘s (CDC) Antibiotic Resistance Lab Network. The report was published Tuesday in the CDC’s Vital Signs journal.

Experts are concerned because one in four of the infection samples sent to the CDC’s lab for testing have genes that make it possible to spread their resistance to other bugs. The researchers also found that in health care facilities where a bug with unusual resistance was identified, about one in 10 people without symptoms who were screened had a resistant bug.

MORE: How a Forgotten 100-Year-Old Treatment is Saving Lives

“CDC’s study found several dangerous pathogens, hiding in plain sight, that can cause infections that are difficult or impossible to treat,” said Dr. Anne Schuchat, CDC principal deputy director, in a statement.

There’s currently no way to stop bugs from becoming resistant. Bacteria naturally develop resistance over time, and always have. But if hospitals follow the protocols set by CDC, they can reduce the spread of infection between people, the CDC says. Once a bug starts spreading, it’s much harder to stop, but if new strains are found rapidly, they can be easier to contain. “It’s reassuring to see that state and local experts, using our containment strategy, identified and stopped these resistant bacteria before they had the opportunity to spread,” said Schuchat.

More than 23,000 Americans die each year from infections caused by germs resistant to antibiotics, and interrupting the transmission of these bugs could have a significant impact for the U.S. The researchers estimate that for one family of germs that are especially hard to treat—called carbapenem-resistant Enterobacteriaceae (CRE)—reducing the spread among people by 20% could prevent 1,600 new infections in three years—a 76% drop. 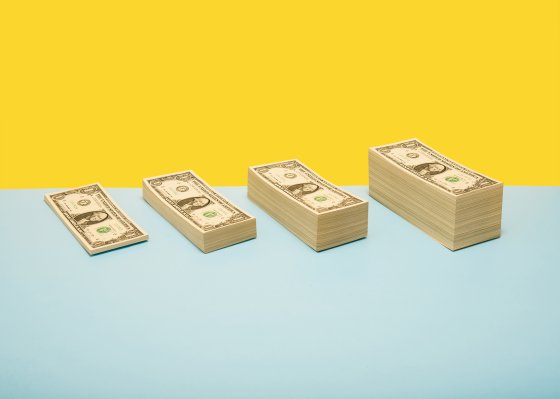 A Sudden Loss of Wealth Increases Your Chances of Death
Next Up: Editor's Pick