High-fiving could end up being the official greeting in Missouri.
Getty Images
By Olivia B. Waxman

A Missouri politician thinks it’s high time that the high-five was adopted as the official state greeting.

Curtis told FOX 4 News that he hopes the gesture will encourage fellow legislators to be more friendly towards one another and thus more productive: “It’s necessary and it’s not a waste of time, because it does promote solidarity, and that’s what we need in order to work together to improve Missouri.” Curtis also wants the bill to be a teaching tool for children so they can learn about the legislative process in an engaging way, he told The Los Angeles Times.

Then there is the question of what constitutes a proper high five. Yahoo News asked the local pol if the low five would count, and he responded, “We’ll leave the low five to Kansas.”

However, the bill’s chances of passing are slim, writes the editorial board of the St. Louis Dispatch: “Mr. Curtis is a freshman Democrat in Republican-dominated House, so it’s unlikely that his bill will get a hearing, much less a floor debate.” At least Missouri will still have an official state grape. 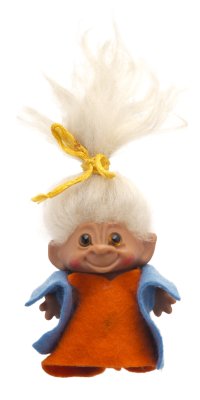 You Can Now Go to Jail for Trolling Yourself
Next Up: Editor's Pick