Even the BBC can get pranked on April Fool’s Day.

A pair of BBC’s Breakfast presenters on Sunday fell hard for an April Fool’s story in the Observer about some new Brexit-themed emojis.

The cheery, unsuspecting morning hosts, Roger Johnson and Babita Sharma, were happy to chat about the news that a Gibraltar, Italy tech firm was capitalizing on political discourse on social media with a pair of emoji. As the story goes, the firm created the “Brexit Bulldog” and “Starry Blue” emoji for users to have a colorful way to share their political leanings on social media.

These hosts loved it.

They even talked about the possibility of a totally fake “post-Brexit tariff” on emojis too.

But of course, it turned out that the Observer was getting into the spirit of April Fool’s Day 2018. Call the joke lost in translation, until people started calling out the gag.

In nearly ten minutes, Johnson revealed the meaning behind the byline written in Italian “Scherzo Primavera.” Translation: “Joke of spring.”

He then congratulated the newspaper on a job well done.

“Well done the Observer,” he said.

So everyone wins. When it comes to on-air hilarity, the BBC is the gift that keeps on giving.

Watch it all go down below. 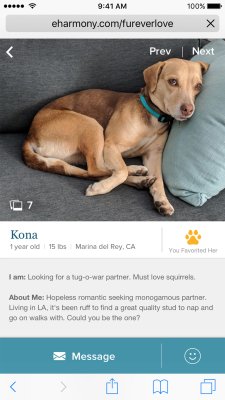 Here Are the Best April Fools' Day Pranks of 2018
Next Up: Editor's Pick