Two women have accused Ren & Stimpy creator John Kricfalusi of grooming and sexually preying on them when they were teenagers, BuzzFeed News reports.

Both women, Robyn Byrd and Katie Rice, said they were young fans of the ’90s Nickelodeon cartoon, and hoped the animator could help their own artistic careers.

In 1994, Byrd was just 13 when she wrote to Kricfalusi, then 39. His response was effusive by her account; he soon began sending her toys and art supplies. Three years later, he allegedly began sexually abusing her.

In a statement to BuzzFeed, Kricfalusi’s lawyer admitted that “for a brief time, 25 years ago, he had a 16-year-old girlfriend,” describing events of the period as one of emotional and mental illness.

Byrd said she left animation to get away from Kricfalusi, who “gave me PTSD, and forced me to change careers.” Then she reconnected with an old AOL friend, Katie Rice.

Rice, too, was an aspiring artist who hoped a friendship with Kricfalusi could boost her career. She reportedly started receiving flirtatious letters from the animator when she was 14.

“I think this 40-year-old man is hitting on me,” she wrote in her diary, according to BuzzFeed.

At 18, Rice said she went to work for Kricfalusi. In work emails, the 49-year-old begged her to be in a relationship, she said, adding that he would wait naked for her in the studio. Rice eventually quit, she said, after he allegedly threatened to rape her and she discovered child pornography on his computer, an accusation his lawyer denied.

Both Rice and Byrd said they did not come forward sooner because they feared no one would believe them.

“I know what everybody’s gonna say: Why didn’t you just leave? Well, because this asshole told me when I was 13 that I was special, and I don’t have any self-esteem, so I believe it,” Rice said. 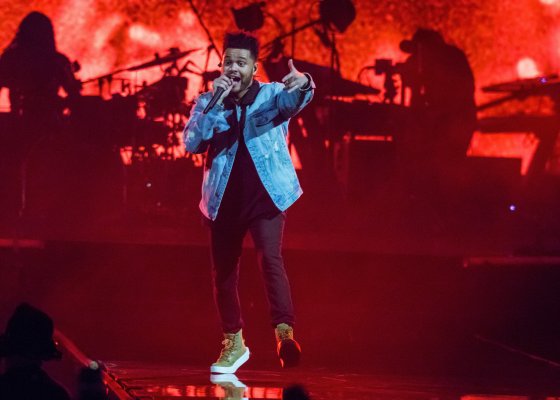 The Weeknd Returns With New Album 'My Dear Melancholy'
Next Up: Editor's Pick