How Martin Luther King Jr.'s Children Are Carrying on His Legacy 50 Years After His Death

(From left) Martin Luther King III, Dexter King, Yolanda King and Bernice King stand next to a crypt dedicated to their parents in Atlanta on Nov. 20, 2006.
Wilfred Harewood—AP
By Katie Reilly

“Initially, I rejected him. What I mean by that is, I spent time in my late teenage years to my early- to mid-30s purposely not studying him myself,” she told TIME. She was just 5 years old when Martin Luther King Jr. was shot and killed on April 4, 1968, and she was raised with consistent reminders of the work he had started during his life.

“What I didn’t want to be is a mini-Martin Luther King Jr., in the sense that I was just spouting out these things from my head,” she said. “I wanted them to be a part of my heart. I had to discover me first, so that if I adopted any of him, it would be genuine and it wouldn’t be something that I was just doing because I heard it or because it was just the right thing to do. I believe and subscribe to these things from the depth of my soul.”

Wednesday marks 50 years since Martin Luther King Jr.’s assassination. Since then, his four children, three of whom are alive today, have faced the challenge of growing up without their father and within his shadow, becoming their own people while carrying on his legacy and that of their mother, who died in 2006. (Yolanda King, their sister, died in 2007.) They’ve each done that in their own ways, switching off as leaders of the Martin Luther King, Jr. Center for Nonviolent Social Change and speaking out on issues from gun control and voting rights to climate change and President Trump’s rhetoric.

Bernice King, a minister who has served as CEO of the King Center since 2012, set out to study her father’s work later in life, seeking guidance on the problems facing the country today. She is most drawn to sharing his beliefs on nonviolence — “one of the greatest aspects of his legacy.” And she sees it as her primary responsibility now to “bring along others to embrace it as a lifestyle,” visiting schools and speaking to students about nonviolence through the King Center.

Her older brother, Martin Luther King III, a human rights and civil rights activist, focuses on what his father once called the “triple evils” of poverty, racism and militarism. “I think a culture of nonviolence will help create the condition where poverty is unacceptable, where racism is way behind us and not something that we have to deal with on a frequent basis, and where militarism and violence are reduced almost to be nonexistent,” he told TIME.

When he thinks about the renewed threat of nuclear war amid tensions with North Korea, he remembers his father’s warning that the alternative to nonviolence is nonexistence. He is planning to launch an initiative this year promoting nonviolence with members of Mahatma Gandhi’s and Nelson Mandela’s families.

His 9-year-old daughter, Yolanda Renee King, the only grandchild of Martin Luther King Jr., spoke at the March for Our Lives last month to call for an end to gun violence. “My grandfather had a dream that his four little children will not be judged by the color of their skin, but by the content of their character,” she said to a crowd of hundreds of thousands. “I have a dream that enough is enough, and that this should be a gun-free world.” Martin Luther King III said she came up with the words herself, having heard her grandfather’s speech many times before.

That’s also the speech the King children consider when trying to stop what they see as the sanitizing of their father’s message. “We have been programmed as a society to focus on elements of the ‘I Have a Dream’ speech because it reduces him to just a dreamer… as opposed to a radical and a revolutionary,” Martin Luther King III says, referring to his father’s calls for a radical redistribution of wealth and a living wage — issues that he thinks are among the most important problems still facing society today.

“All of those things got him killed,” he adds. “It wasn’t because he was saying people need to ride at the front of buses or be able to sit down and buy hamburgers anywhere they want.”

Wornie Reed, director of the Race and and Social Policy Center at Virginia Tech and a participant in the civil rights movement, echoes that idea. He said that the instinct to remember King primarily through the lens of nonviolence neglects the more radical policies that were key to his message at the time of his death. “[People] should be learning about the fact that he said he was willing to give up his life on behalf of poor people,” Reed said.

But influencing the way such an iconic figure is remembered is a complicated task, even when that figure is your father.

At times, Martin Luther King Jr.’s children have faced criticism for choices they have made about how to allow his words or image to be used; for example, a Super Bowl commercial for Dodge trucks this year sparked backlash among viewers who thought it distorted King’s message for commercial gain. (Dexter King — CEO of Intellectual Properties Management, the entity that licenses the King estate — declined to be interviewed or to comment on the matter.)

The task of carrying on the legacy of a prolific, historic figure is a difficult one. “I think it’s unrealistic to think that any one person can embody the legacy of Martin Luther King,” said Clayborne Carson, director of the Martin Luther King, Jr. Research and Education Institute. “All of the people who admired King and have studied him collectively have a responsibility for keeping his legacy alive. But it’s never going to be a single person or simply his offspring.”

On Wednesday, King’s children will lay wreaths at their parents’ crypt, as bells toll 39 times to symbolize each year their father lived.

Martin Luther King III said that, if he cries, they will be tears of joy because of the “spirit of activism” he sees in the country today. Bernice King said that most years, she spends the day quietly, processing her emotions.

“Sometimes I feel like, why do I have to share my father with the world?” she said. “And then I come back to a place where I say, you know what, if you had to do all this over again … I would still have the story be the same. I’m working through my emotional state, but I think it’s better that our world had Martin Luther King and Coretta Scott King the way that the world has had them.” 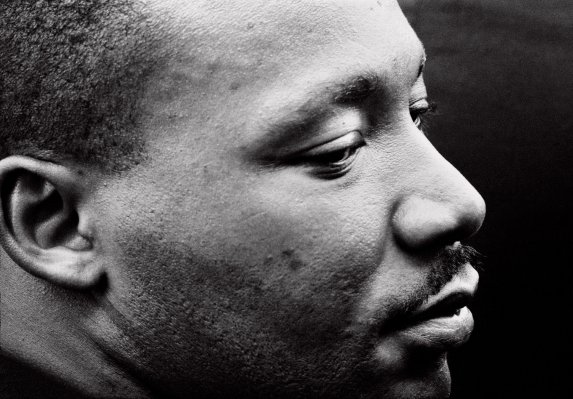 What We Know About Why James Earl Ray Killed Martin Luther King Jr.
Next Up: Editor's Pick