In the wake of John Bolton’s appointment as National Security Adviser, Stephen Colbert brought in the big guns to to help present his take on President Donald Trump’s latest White House shakeup.

During Wednesday’s episode of The Late Show, Colbert arranged for an interview with the former U.S. ambassador to the U.N.—except instead of Bolton, it was actually comedian Dana Carvey in a large mustache. “It’s very important to me that nobody thinks President Trump is handing the keys to the war machine to some sort of hair-trigger lunatic,” Carvey explained, referencing Bolton’s reputation as a war hawk. “Because if I heard someone say that, I’d blow them up quick.”

The two went on to spar over Bolton’s intentions in the White House, with Carvey’s mustache growing bigger by the minute. “I’m not the madman the media and my words and behavior make me out to be,” he finally insisted.

See for yourself in the full clip below. 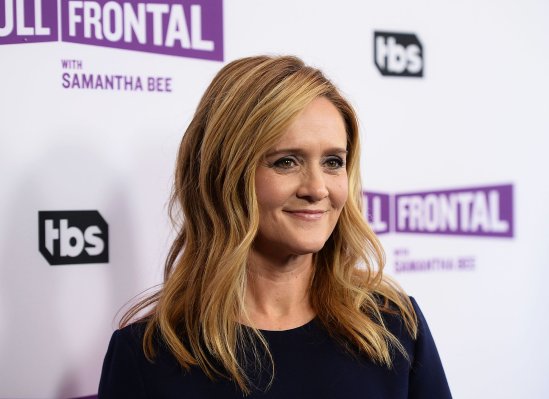 Samantha Bee Let Stephen Colbert Know She Stole Cars in Her Youth
Next Up: Editor's Pick