On Sex and the City, Sarah Jessica Parker’s Carrie Bradshaw and Cynthia Nixon’s Miranda Hobbes always had each other’s backs.

Life is echoing art today, as Parker has officially put her support behind Nixon’s bid for New York governor with an Instagram post serving as an endorsement. “My sister on and off screen, you have my love, support and vote,” Parker captioned a headshot of Nixon, highlighting her qualities as “a mother, an activist, an advocate, a fighter, a NY’er, a dear friend.”

Parker’s post follows an earlier statement in which she referenced their long history together. “I look forward to talking to her about her New York state gubernatorial bid,” that statement read. Looks like she was able to have that conversation and come down in unequivocal support of her former costar.

As for Charlotte York’s Kristin Davis and Samantha Jones’s Kim Cattrall? Davis was first out the gate to endorse Nixon in a supportive tweet, while Cattrall has been more measured. “I support & respect any former colleague’s right to make their own career choices,” she said. Given the recent rocky history between Cattrall and Parker, we may not get a full SATC reunion on the campaign trail — but a Nixon, Davis and Parker reunion would still give fans plenty to talk about.

Nixon, a stage actor and LGBT rights advocate as well as a TV star, announced her gubernatorial bid on March 19. She will have to face down incumbent Gov. Andrew Cuomo, who is currently serving his second term. 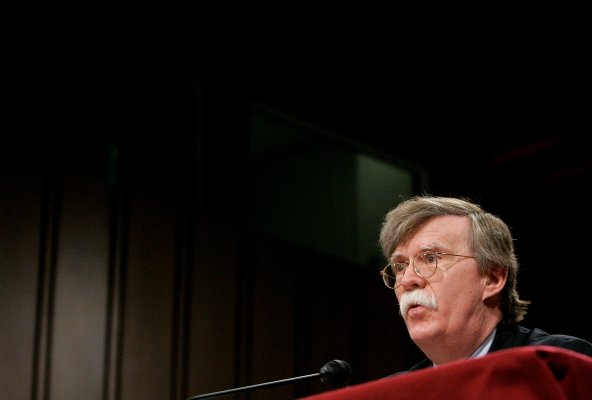 Why John Bolton Couldn't Get Confirmed as U.S. Ambassador to the United Nations
Next Up: Editor's Pick