Why Does Cracking Your Knuckles Make So Much Noise? Science Finally Has an Answer

There aren’t any awards to be won for solving science’s minor mysteries—why yawning is contagious, why puppies make us melt—but that doesn’t mean we don’t want the answers anyway. Add to those everyday puzzles the matter of knuckle-cracking. Why, exactly, should some of the body’s smallest joints produce such an outsized racket?

Now, a study in Scientific Reports at last provides an explanation. It’s a theory that was first posited as long ago as 1971, but had been furiously debated (as these things go) ever since. Thanks to some creative thinking and a new mathematical model, however, the matter may have been settled.

The authors of the paper—an pair of researchers from Stanford University in California and the Ecole Polytechnique in Palaiseau, France—begin with a quick review of the knuckle-cracking literature (yes, such a thing exists). In 1939, the leading theory was that the cracking sound was a result of a tightening of the fibrous capsule surrounding joints after so-called articular release—when the joint is adjusted or moved at a certain angle or to a certain degree. In 1947, that gave way to the theory that the signature cracking sound was caused by vibration in tissues when joints are moved beyond their usual range.

But it was in 1971 that the knuckle-cracking field had its eureka moment, when a team of researchers from the University of Leeds announced that knuckle-cracking is caused by the collapse of bubbles in the synovial fluid that encloses and protects joints. The theory made a certain amount of sense, especially since a knuckle that has been newly cracked cannot be re-cracked for an average of 20 minutes, suggesting that the bubbles have been popped and must first re-form.

In 2015, however, an international team of researchers from Canada and Australia published a study in which they used magnetic resonance imaging to show that even after the crack, the bubbles in the joint persist. If they don’t pop, how do they make noise?

To settle the question, the current researchers came at their work a different way. There are limits to how well an MRI or, in earlier studies, x-rays could image bubbles that, on average, have a radius of just 200 micrometers—or 200 one-thousandths of a millimeter. Instead, they developed a mathematical model that would allow them to simulate and manipulate the joints, fluids and bubbles and the interplay of all of them in various combinations of ways.

The first step was to build a computer model of the third metacarpophalangeal (MCP) joint—the one at the base of the finger that does the real work of producing the pop. Using that virtual knuckle, the researchers then simulated the process known as tribonucleation—the making and breaking of contact between solid surfaces immersed in liquid. The bones in the MCP joint touch and separate all the time, leading to reduced pressure in the synovial fluid trapped in the spaces, which in turn forms bubbles.

Once this acoustical ammo has been loaded into the knuckle, you still have to fire it. To study how that happens, the investigators relied partly on what’s known as the Rayleigh-Presset equation, a formula that “governs the dynamics of a spherical bubble in an infinite body of incompressible fluid.” When they added Rayleigh-Presset to their model and moved their virtual knuckles in the way that real knuckles are moved when they crack, the mathematical bubbles collapsed in just such a way that would produce the proper sound.

So, problem solved, right? Not quite. All the investigators had done at this point was prove what the 1971 researchers already theorized. What about the disproof—the later findings that the bubbles linger in the knuckle after the crack? The new model answers that one too: Yes, the bubbles collapse, but only partly. The sudden, if incomplete, contraction of the bubble is sufficient to produce an easily audible sound, while leaving enough bubble behind to be detected by MRIs. The twenty minutes or so it takes for the next crack to be possible is the time it takes tribonucleation to create new bubbles and expand surviving ones.

The final mystery—how a microscopic process can produce a sound that is so improbably loud—is actually the easiest one. Existing acoustic pressure equations show that given the speed of the bubble collapse and the environment in which it happens—the surrounding bones, the enclosing flesh—it is entirely possible to produce a crack that reaches 83 decibels. That is roughly equivalent to the volume of a diesel truck moving at 40 mph, heard from a distance of 50 ft. When the investigators compared the virtual acoustical waves their mathematical knuckles produced to actual waves captured and graphed when real knuckles crack, the tracings were almost identical.

The practical application of this work is immediately evident. It’s, um … OK, it’s not so evident. The researchers do suggest that the methods they have developed might have uses in modeling other sounds, and that’s surely possible. But not every little bit of science has to be breakthrough stuff. Sometimes it just makes the everyday world make a little bit more sense—and sometimes too, that can be more than enough. 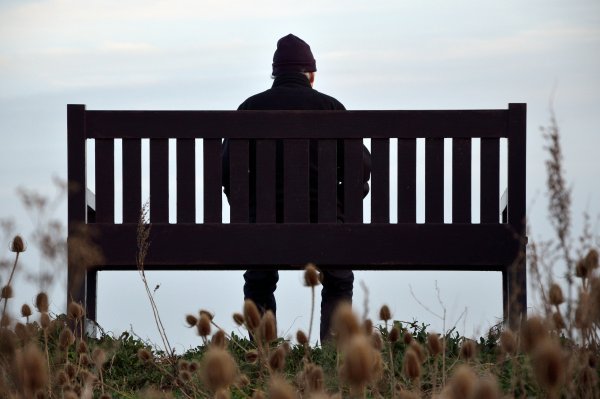 Loneliness Can Actually Hurt Your Heart. Here's Why
Next Up: Editor's Pick