Roseanne Barr Got a Call From Donald Trump After Her Show Aired. Here's What They Talked About

The Roseanne revival premiered March 27 on ABC to 18.2 million viewers, and the Conner family’s return to television outperformed expectations. In 2018, Barr’s character Roseanne Conner supports Trump, and the first episode examines how the 2016 election caused both personal and political divisions among American families.

Barr, a vocal Trump supporter, said receiving a call from the President was “pretty exciting” in an interview with Good Morning America on Thursday.

“I’ve known him for many years and he’s done a lot of nice things for me over the years,” Barr said, noting the conversation between her and the President mostly covered work, television and ratings. “He really understands ratings and how they measure things.”

Barr said Roseanne, which centers on a working-class family, is giving viewers a look at life that isn’t being seen elsewhere. She said she wants to keep the show current and discuss what’s going on in the country more.

“The idea that people can agree to disagree is kind of missing from everything,” Barr said. “That’s what we need to do as a country, is figure out what we don’t like, talk to each other and discuss how we’re going to get it changed or fixed. I really hope it opens up civil conversation between people instead of just mudslinging.” 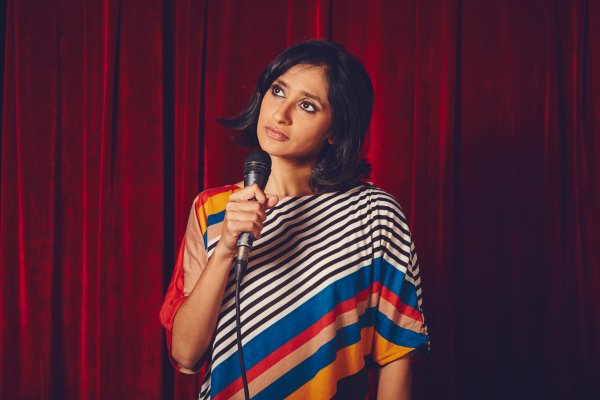 Comedian Aparna Nancherla Is Everywhere Right Now. And She's Finding the Humor in Her Anxiety
Next Up: Editor's Pick