This trend kicks off in April with Shriver's first collection, and continues through June
Erin O'Flynn For Time
Ideas
By Kate Samuelson

The short story’s “renaissance” is a trope that has been trotted out by booksellers and commentators throughout the 21st century, though in fact the genre’s popularity has remained relatively steady. That said, this season brings a wave of writers who made their name as novelists putting out short-story collections, perhaps attracted to the literary form’s innate opportunity for experimentation and specificity.

Here are five writers mainly known for their novels who have this year slimmed down their long-form prose and embraced the short story.

The author known for We Need to Talk About Kevin (2003) — and for her controversial remarks about the racial politics of fiction — has written her first collection of short stories and novellas. The book probes the power dynamics that surround ownership, of both homes and possessions. Shriver brings the acerbic detail and mordant wit that define her novels to this rumination on the uniting forces of houses and humanity.

Curtis Sittenfeld, You Think It, I’ll Say It

This is the first collection of short fiction by the Cincinnati-born author of five novels, including Prep (2005), American Wife (2008) and Eligible (2016). In 10 stories, Sittenfeld explores gender, schadenfreude and Trump-era politics with sharp insight. Her characters are as relatable as the protagonists in her best sellers.

The multilingual author, known for her novels The Last Samurai (2000) and Lightning Rods (2011), demonstrates her intellectual prowess in this thought-provoking debut collection. These 13 tales, which push the boundaries of fiction, center on misunderstood geniuses and manage to combine complex mathematical theories with razor-sharp wit — no easy achievement.

This dark short-story collection is the second from the New Yorker who is best known for her novel Fates and Furies (2015), the ambitious dissection of a marriage over 24 years. In Florida, Groff sets her sights on the titular Sunshine State, where she boldly explores conflicts and connections between everything from humans and their natural surroundings to pleasure and pain.

The author of the PEN/Faulkner Award–winning novel Netherland (2008) returns his gaze to New York City in his first short-story collection. Through 11 tales, the Irish-Turkish author observes a range of hyperreal, painfully vulnerable characters, from a man who is desperate for someone to write his character reference to a husband who cowers upstairs as his wife confronts a potential intruder. 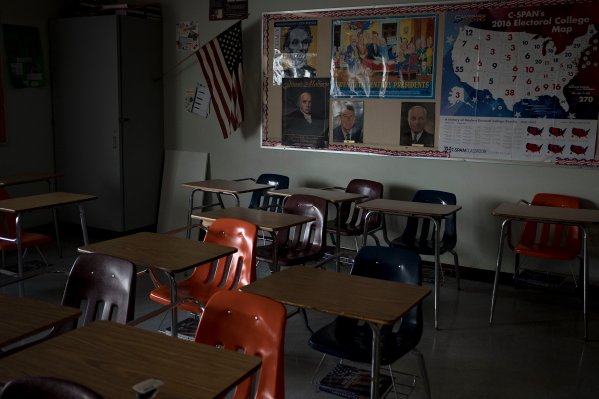 New Novels Take On the Reality of School Shootings
Next Up: Editor's Pick