Kacey Musgraves: more than a girl with a guitar
Getty Images
By Mike Ayers

Look at Kacey Musgraves’ résumé and you’d think the 29-year-old country singer would be more famous than she is: her debut album, 2013’s Same Trailer Different Park, won her two Grammys as well as New Artist of the Year at the CMAs; she went on to court pop listeners by opening for Katy Perry on a global tour. Yet unlike contemporary country A-listers such as Miranda Lambert and Luke Bryan, Musgraves isn’t a household name. Maybe that’s because she’s an edgier artist than many of her peers, and a more progressive one too: in her lyrics, she’s championed LGBTQ rights and been plainspoken about her fondness for cannabis. That’s risqué material for the conservative landscape of country music.

Musgraves’ fourth studio album, Golden Hour, out March 30, isn’t likely to align her with the biggest stars of country. Instead of going for the mainstream jugular, she imbues her country sound with a breezy, ’70s-referencing pop flavor, citing Neil Young, the Bee Gees and Sade as influences. (In the spirit of the times, she also admitted on Twitter that she wrote one song while tripping on LSD.) Fans of Fleetwood Mac will hear that here too, with the occasional banjo serving as a reminder that Musgraves is still a country artist, after all.

Part of Musgraves’ appeal has always been her down-to-earth storytelling and clever wordplay; on Golden Hour, her songwriting shifts into more personal and direct fashion, to impressive effect. The album’s acoustic-guitar-driven opener “Slow Burn” sets the tone perfectly, with Musgraves looking outside the confines of the county line while also sticking close to home: “Grandma cried when I pierced my nose,” she laments. On “Butterflies,” she sings about finding unexpected love, while “Mother” is a moving meditation on nostalgia that’s just her and a piano.

Best of all is “Space Cowboy,” a gorgeous ballad that requires listeners to insert a comma: “You can have your space, cowboy/I ain’t gonna fence you in/Go on ride away, in your Silverado/Guess I’ll see you around again.” Her voice is shot through with pain and sorrow, but there’s liberation here too, as stirring as she’s ever been.

This summer, Musgraves will play arenas once more, as she hits the road with ex–One Direction hitmaker Harry Styles on his solo tour. It’s another surprising alignment for her, but a testament to her versatility: Musgraves’ superpower is the ability to reach audiences across boundaries. She may not be country’s biggest star, but she’s still one of its worthiest. 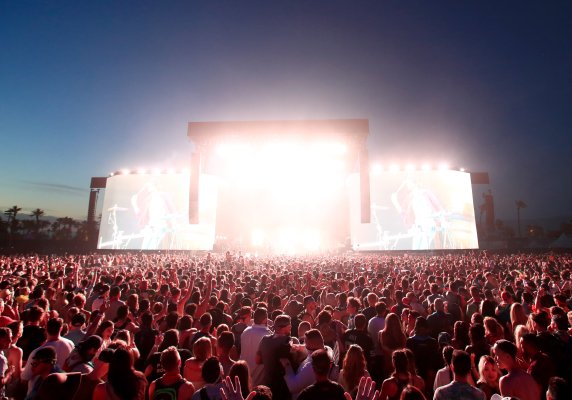 Everything You Need to Know About Coachella 2018
Next Up: Editor's Pick